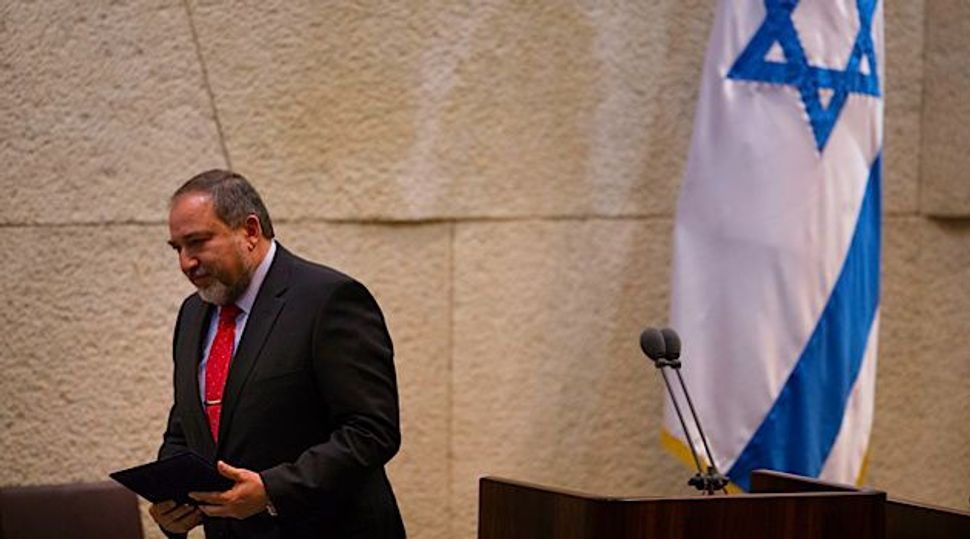 Liberman, who is scheduled to meet in Washington with U.S. Secretary of State John Kerry later this week, made the call for new elections during an annual conference sponsored by the Jerusalem Post.

Also during his New York address, Liberman called the “release of terrorists” as part of the incentives to convince the Palestinians to remain at the negotiation table past the April 29th deadline “not an option.”

“I support negotiations with the Palestinians. We’re ready for any kind of discussion, not ready for blackmail,” Liberman said, according to the Jerusalem Post.

He addressed the offer by Kerry to release American spy for Israel Jonathan Pollard as an incentive for Israel to release Palestinian prisoners. He called the release of Pollard an “American issue,” but also said that he should be released on “humanitarian grounds,” according to the Post.