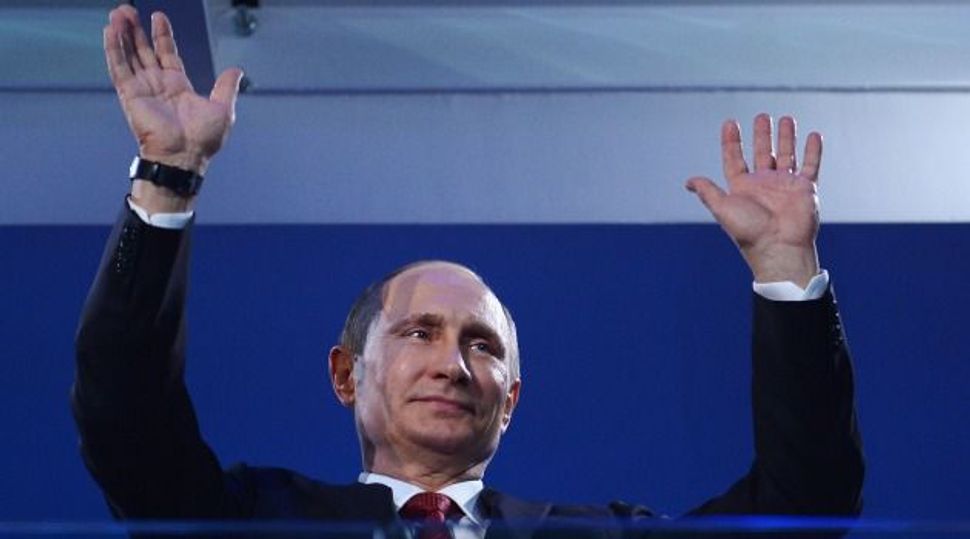 Putin sent the greeting on Monday, the news site shturem.net reported Thursday, after meeting Rabbi Berel Lazar, a chief rabbi of Russia, at the Kremlin in Moscow.

“The Jewish community in Russia is making an enormous contribution to strengthening the ties between various peoples and religions in our country; increasing trust and mutual understanding between individuals,” Putin wrote in his greeting, which shturem.net reproduced.

Putin also wrote that the Jewish community “works to preserve stability and consensus in the general public and actively participates in the education of the younger generation as well as charity and humanitarian actions.”

At his meeting with Lazar, Putin inquired as to the situation of the 10,000 Jews living in the Crimean Peninsula, which became part of the Russian Federation after its annexation last month from neighboring Ukraine — a move that prompted an international outcry and sanctions against Russia.