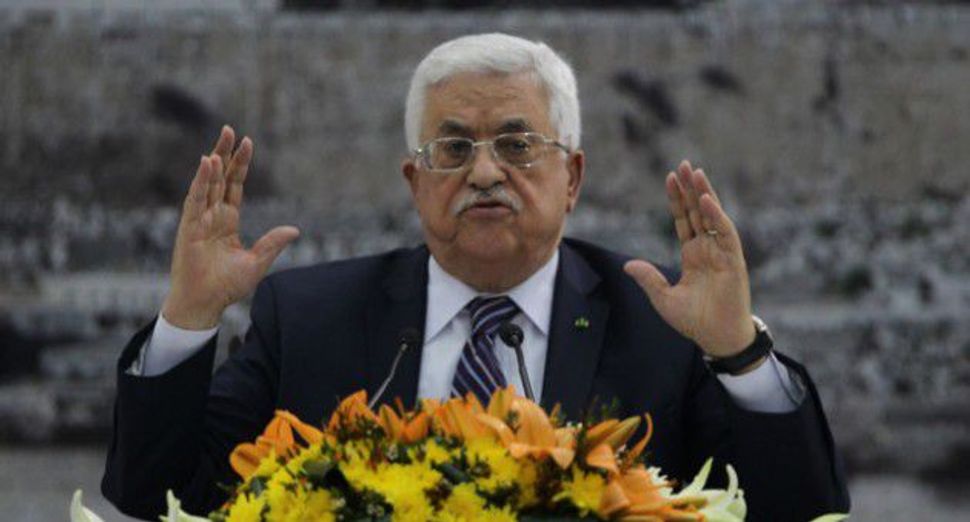 Citing unnamed Palestinian sources, the Israeli daily Yediot Acharonot on Sunday reported that Abbas is considering the unilateral action, which would leave Israel with full responsibility for the Palestinians living in the West Bank.

The action would annul the 1993 Oslo Accords.

“A new generation arrives and asks us: ‘What have you done?’ I am now 79 years old, I cannot escape from passing off the flag,” said Abbas during a weekend interview with Egyptian newspaper Al-Masry Al-Youm, according to Yediot. “The settlements endanger the peace process, and the new generation sees the two-state solution is becoming less and less likely, and that there is no escape from the one-state solution.”

Unless Palestinian and Israeli negotiators agree to extend them, the current round of peace negotiations is scheduled to end on April 29, likely without an agreement.

Israel’s Economy Minister and Jewish Home party Chairman Naftali Bennett responded, telling Ynet: “Abu Mazen encourages terror against Israel as the head of the Palestinian Authority, and then threatens that he’ll quit his job,” said Bennett, but “the people of Israel do not negotiate with the barrel of a gun pointed at their head.”

On his Facebook page, Bennett posted a brief history of the peace process and the results.

He concluded the post with: “Now they are saying: Give away Judea and Samaria, otherwise Abbas will go home. You know what? Let him go home.”