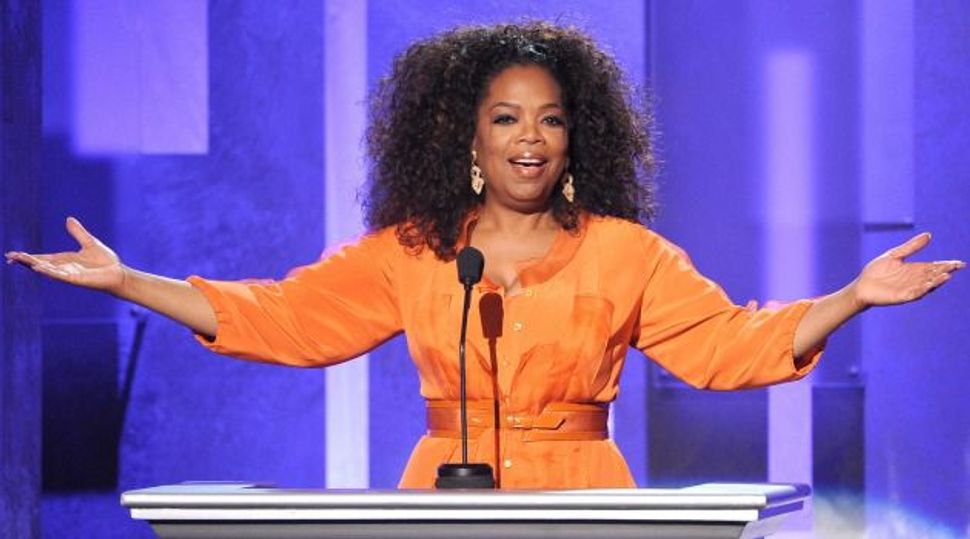 The statement from Winfrey came a day after the National Basketball Association imposed a lifetime ban against Clippers owner Donald Sterling for racist remarks attributed to him and moved to force him to sell his team.

The National Basketball Association’s 29 team owners will likely vote to force Donald Sterling to sell the Los Angeles Clippers after he was banned for life for racist comments, some of the owners said on Wednesday.

As it appeared more likely the team would be put up for sale, talk show host turned media businesswoman Oprah Winfrey emerged among potential buyers who have expressed interest. She said she was in discussions with producer and film studio executive David Geffen and Oracle Corp computer technology Chief Executive Officer Larry Ellison to bid for the team if it becomes available.

NBA Commissioner Adam Silver, who also announced a $2.5 million fine on Sterling on Tuesday, asked the league’s governing board of fellow owners to act immediately to force Sterling to sell the club he bought 33 years ago.

Although no firm date for the vote was given by the NBA, early indications were that owners would overwhelmingly support the unprecedented move.

“We run a color blind league and this should not be tolerated,” Sacramento Kings owner Vivek Ranadive told ESPN Radio. “The only thing we care about is do you have game.

Under the NBA’s own bylaws, it is up to the league’s owners to decide whether to force the sale of the Clippers franchise.

At least three-quarters of the owners would have to support the move but sports business experts said Sterling’s peers might be leery of action they felt could jeopardize their own property rights in the future.

According to NBA bylaws, Silver must provide a written copy of any charges within three days to Sterling, who has five days to answer. A special hearing of the Board of Governors then will be held on a date no more than 10 days after Sterling’s reply.

The board’s advisory finance committee has a meeting scheduled on Thursday to go over the next steps in removing Sterling as owner of the Clippers, a spokesman for the NBA said.

Glen Taylor, the owner of the Minnesota Timberwolves and interim chair of the NBA Board of Governors, said the ideal course of action would be if Sterling just agreed to a sale.

“The problems would occur if he decides that he doesn’t want to sell the team and we think that it should be sold,” Taylor told the St. Paul Pioneer Press. “Then we have to make sure that we got the votes and then enforce that.”

Taylor said he had not spoken to all of the owners, but said he was “reasonably sure” there was enough support for a forced sale and he expected there would be potential buyers.

Earvin “Magic” Johnson, the former basketball star who is a part owner of the Los Angeles Dodgers baseball team and who once had a stake in the Los Angeles Lakers, has been mentioned as a possible suitor for the Clippers. On Monday, the day before commissioner Silver’s announcement, Johnson had tweeted that “I want to put a stop to a rumor. I am not trying to buy the Clippers, they already have an owner.”

Clippers owner Sterling was forced out of basketball on Tuesday after two websites released audio recordings of him criticizing a woman friend for “associating with black people.” The woman heard on the recordings at the heart of the scandal is said to be a 31-year-old Los Angeles model who goes by the name V. Stiviano.

The recordings drew outrage from players, fans, politicians and commercial sponsors, several of whom said they were cutting ties with the team, even after the NBA moved to expel Sterling.

The scandal quickly grew into a national discussion of race relations transcending basketball.

Sterling has not yet commented on the sanctions against him and it was not immediately clear whether he would seek to challenge the ban in court. Sterling did not respond to requests for comment from Reuters.

But lawyers with expertise in sports law gave him little chance of successfully suing the NBA, citing league governance rules that all owners must accept.