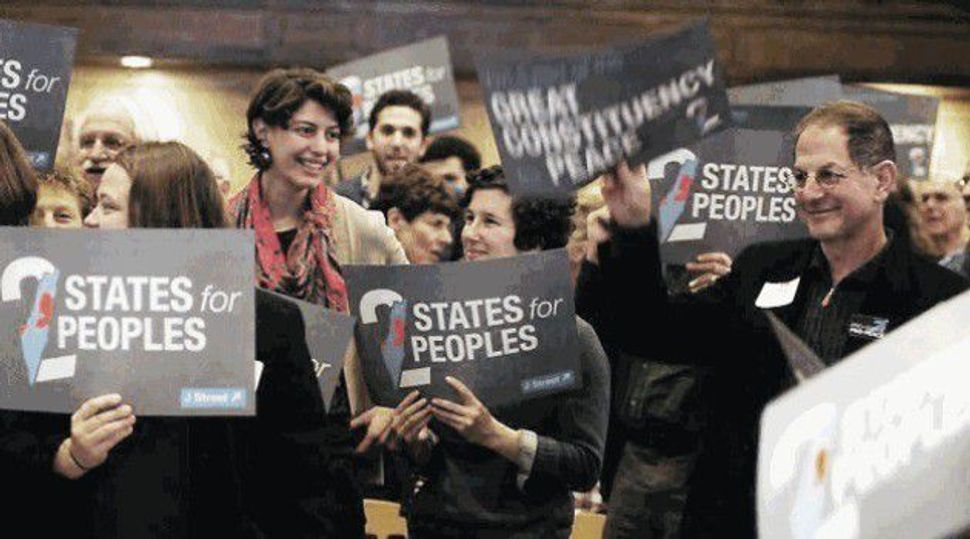 Memo from the Jewish Council for Public Affairs to the Conference of Presidents of Major American Jewish Organizations: Sorry for suggesting that our tent is bigger than yours.

The JCPA was apologizing for a fundraising letter that mocked the Conference of Presidents for rejecting J Street.

“We deeply regret and sincerely apologize for the fundraising email that was sent last Sunday, May 11 by a senior JCPA professional,” JCPA’s president, Rabbi Steve Gutow, and chairwoman, Susan Turnbull, wrote in an email sent Wednesday to contributors. “That email criticized the Conference of Presidents of Major Jewish organizations. It was highly inappropriate.”

“I’m already tired of talking about the Conference of Presidents,” Milens began. “Ten days ago they voted not to extend membership to J Street. They have pitched their tent.”

Milens continued: “I’d rather talk about the tent I work in — the Jewish Council for Public Affairs. It’s a really big tent, and the flap is always open. Our conversations and debates are robust.”

Turnbull and Gutow in their email said the criticism “was something that neither of us condone in the slightest. For decades, the Conference has played a very important role in American Jewish life. As JCPA leaders, we value our membership in our partner organization.”

Gutow and Turnbull called Milens’ email a “serious lapse in judgment” that was sent without their knowledge. In their apology, they pledged that “we have already taken steps to ensure that all future JCPA communications will reflect the views of the organization and not those of an individual staff member.”

Gutow said that he wants “to make sure that nothing goes out that is against the grain of JCPA, which is about civility and not being critical of others in a public way.”