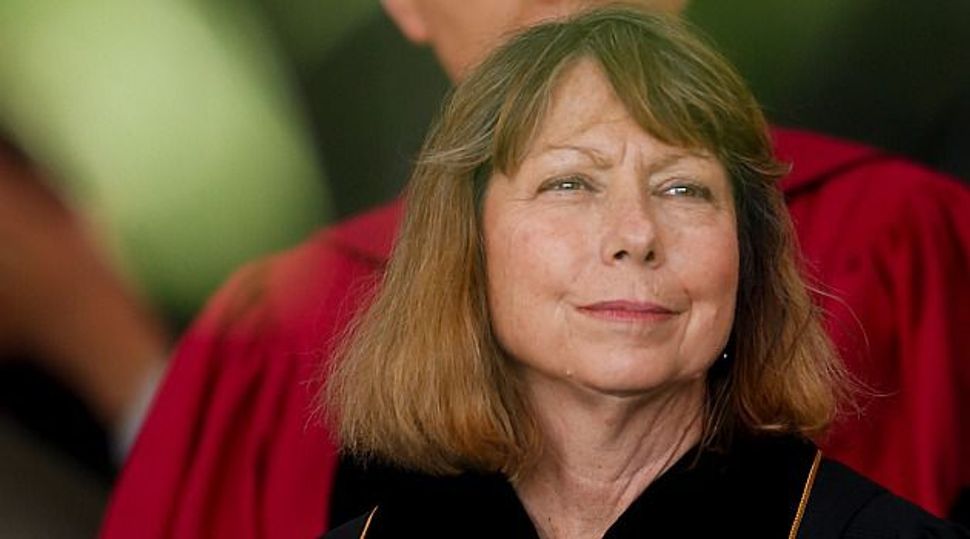 “We originally drafted the whole thing to be very amicable,” Sulzberger said in an interview with Vanity Fair, his first since he changed the leadership of his paper. “Jill said no.”

“It was my hope for Jill that we could make this go away as peacefully as possible.” (http://www.vanityfair.com/online/daily/2014/05/arthur-sulzberger-interview-jill-abramson-firing)

The frenzy surrounding the story has been anything but quiet since Sulzberger replaced Abramson with her deputy, Dean Baquet, stunning the Times newsroom and close followers of the paper when it was announced last Wednesday.

The volley of accusations over Abramson’s firing has come hard and fast. The New Yorker reported that Abramson was paid considerably less than her male predecessor Bill Keller, a charge Sulzberger denies.

On Saturday, Sulzberger issued a staff memo saying he terminated Abramson for her “arbitrary decision-making, a failure to consult and bring colleagues with her, inadequate communication and the public mistreatment of colleagues.”

Abramson is the third hand-picked executive that Sulzberger has ousted including Times executive editor Howell Raines and the company’s chief executive Janet Robinson.

When asked about his decision-making process, Sulzberger told Vanity Fair: “Am I doing a bad job of picking leaders for The New York Times? I don’t think so. Everyone who pretends they have a 100 percent success rate isn’t trying hard enough.”

At an awards ceremony on Monday night in New York, hosted by the Reporters Committee for Freedom of the Press, Sulzberger thanked Abramson for being one of the most “forceful voices” in challenging a secretive White House.

Earlier on Monday, Abramson spoke out for the first time during a commencement speech at Wake Forest telling graduates to keep fighting.

“Some of you, and now I’m talking to anybody who has been dumped … You know the sting of losing and not getting something you badly want. When that happens, show them what you are made of,” she said.