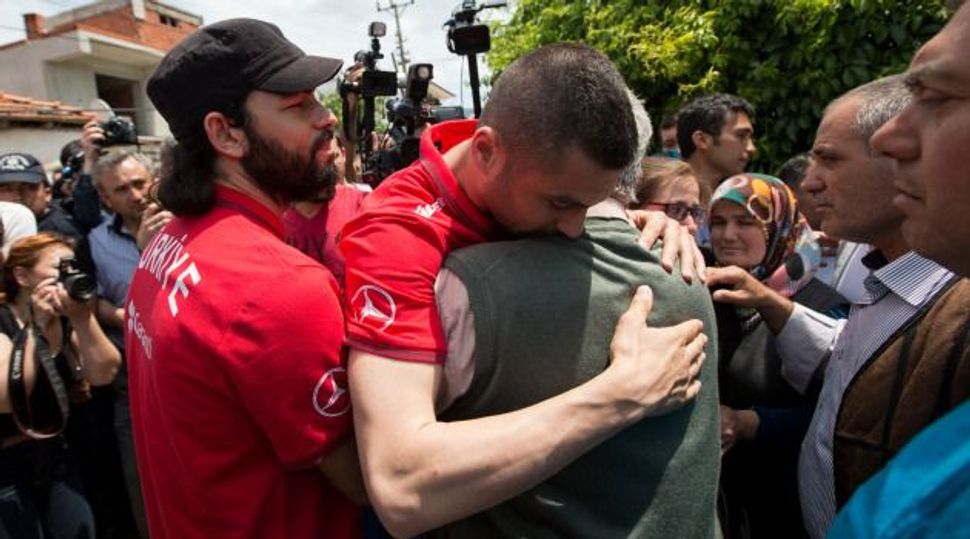 Shared Sorrow: Members of the Turkish national soccer team console relatives of the victims of a deadly mine collapse in the town of Soma. Image by getty images

A pro-government Turkish newspaper ran a headline linking Jews to the coal mine disaster in Soma that killed over 100 people.

The headline in Tuesday’s Yeni Akit criticized the owner of the Soma Coal Mine Company for having a Jewish son-in-law. According to the Hurriyet Daily News, some readers protested the inflammatory headline as hate speech.

The Yeni Akit article criticized the mining owner, Alp Gurkan, for “giving his daughter to a Jew” and suggested that this is why foreign media are “attacking Turkish Prime Minister Recep Tayyim Erdogan” for the disaster, Hurriyet reported.