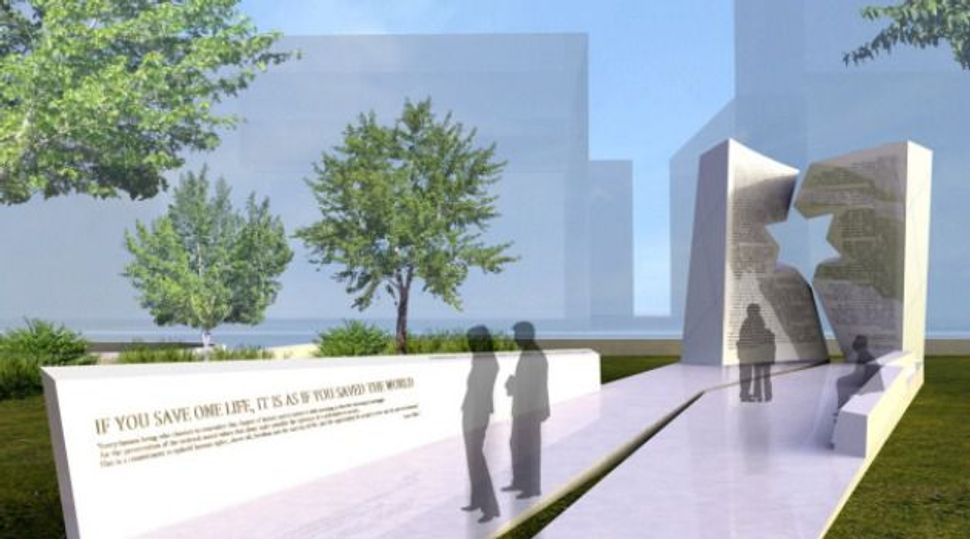 The state of Ohio dedicated a Holocaust memorial on the Statehouse grounds in the state capital Columbus.

The Ohio Holocaust & Liberators Memorial was dedicated Monday at a ceremony which drew 1,500 people including Holocaust survivors and former U.S. soldiers.

The18-foot tall memorial, which resembles a shattered Star of David, was designed by Polish-born architect Daniel Libeskind, who is the son of Holocaust survivors. The $2.1 million memorial was funded mostly by private donations. The memorial was proposed in 2011 by Ohio Gov. John Kasich.

Messages on the pathway leading to the memorial say it was “inspired by the Ohio soldiers who were part of the American liberation and survivors who made Ohio their home” and that it was erected “In remembrance of the six million Jews who perished in the Holocaust and millions more including prisoners of war, ethnic and religious minorities, homosexuals, the mentally ill, the disabled and political dissidents who suffered under Nazi Germany.”

It is the second Holocaust memorial in the United States built on state-owned land, according to the Cleveland Jewish News. The first opened in Des Moines, Iowa, in October.