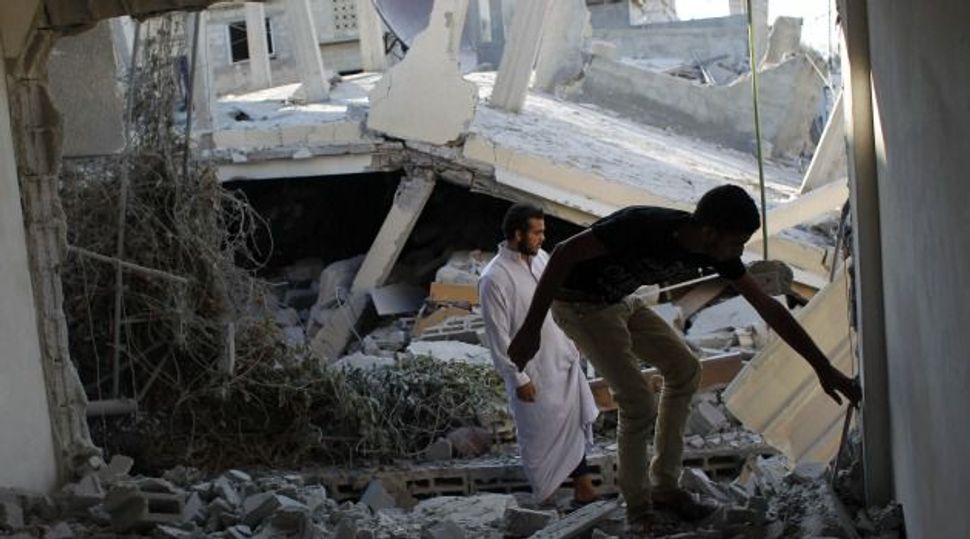 A Palestinian official said on Sunday agreement had been reached on a new 72-hour Gaza ceasefire.

There was no immediate confirmation from Israel or Hamas, the dominant movement in the Gaza Strip, that a truce had been agreed.

“The Israeli and the Palestinian sides have agreed to the new 72-hour truce to begin serious negotiations leading to a durable ceasefire,” said the official, who is close to Egyptian-mediated talks. He said an Israeli delegation, which left Cairo before a previous three-day truce expired on Friday, would return there before midnight (2100 GMT), and that a ceasefire could begin at that time.

Earlier, Israel said on Sunday it would not return to Egyptian-mediated ceasefire talks as long as Palestinian militants in Gaza kept up cross-border rocket and mortar fire.

The head of the Palestinian delegation in Cairo said earlier that it would pull out unless Israeli negotiators, who flew home from the Egyptian capital on Friday hours before a three-day ceasefire expired, came back to the talks.

Israeli air strikes and shelling killed three Palestinians in Gaza on Sunday, including a boy of 14 and a woman, medics said, in a third day of renewed fighting that has jeopardized international efforts to end a more than month-old conflict.

Since the last truce expired, Palestinian rocket and mortar salvoes have focused on Israeli kibbutzim, or collective farms, just across the fortified border in what appeared to be a strategy of sapping Israel’s morale without triggering another ground invasion of the tiny Gaza Strip.

The violence has become less intense than at the war’s outset, down from more than 100 rocket bursts a day including at major cities like Tel Aviv, which have not come under attack since Israel withdrew ground forces from Gaza on Tuesday.

Hamas, Gaza’s dominant Islamist movement, and Israel were remained far apart on terms for any enduring halt to hostilities, with their rejection of each other’s political legitimacy compounding the obstacles.

“Israel will not negotiate under fire,” Prime Minister Benjamin Netanyahu said in public remarks at the weekly meeting of his cabinet in Tel Aviv.

“At no stage did we declare (Israel’s military offensive) was over,” he said. “The operation will continue until its objective – the restoration of quiet over a protracted period – is achieved. I said at the beginning and throughout the operation – it will take time, and stamina is required.”

On Saturday, the head of the Palestinian delegation, Azzam Ahmed said: “We will leave Cairo tomorrow if it is confirmed to us they (Israelis) will not return” unconditionally.

Egypt is meeting separately with each party, given that Hamas rejects Israel’s right to exist and Israel regards the group as a terrorist organization.

Before the truce ran out on Friday, Israel said it was ready to agree to an extension. Hamas did not agree, and it demands an end to a blockade of Gaza that both Israel and Egypt, which regards the Islamist group as a security threat, have imposed.

Israel has resisted easing access to Gaza, suspecting Hamas could restock with weapons from abroad.

A sticking point has been Israel’s demand for guarantees that Hamas would not use any reconstruction supplies sent to Gaza to construct more tunnels of the sort that Palestinian fighters have used to infiltrate the Jewish state.

Palestinian hospital officials said 1,893 people, most of them civilians, have been killed since the July 8 launch of Israel’s offensive to quell rocket fire out of the densely populated coastal territory.

Israel has lost 64 soldiers and three civilians to the war, whose toll on non-combatants in impoverished Gaza has drawn international alarm and condemnation.

Israeli tanks and infantry left the enclave on Tuesday after the army said it had completed its main mission of destroying more than 30 tunnels dug by guerrillas for cross-border attacks.

In renewed fighting since the end of a three-day truce on Friday, Israel has killed 14 Palestinians in air strikes. Militants have fired more than 100 projectiles, mostly short-range rockets and mortar bombs, at Israel.

Though Israel’s Iron Dome rocket interceptor does not work at such short ranges, there have been few casualties, largely because as many as 80 percent of the border farming communities’ 5,000 residents fled before last week’s ceasefire.

Some said on Sunday they would not return to their communities, which have long been symbols of Israel’s pioneering spirit – an abandonment likely to pile pressure on Netanyahu.

“I heard the prime minister’s various speeches, but we see the reality of the situation here,” Wagner told Israel’s Army Radio. “We have decided that at this stage we are not recommending that members return to the kibbutz.”

The firm that makes Iron Dome, state-owned Rafael Armament Development Authority Ltd., is working on a version called “Iron Beam” that would use lasers to shoot down short-range mortars.

Rafael CEO Yedidia Yaari told Israeli television that he expected more government funding for Iron Beam’s development and it was “very close” to completion. A defense industry source predicted deployment of the system in a year to 18 months.