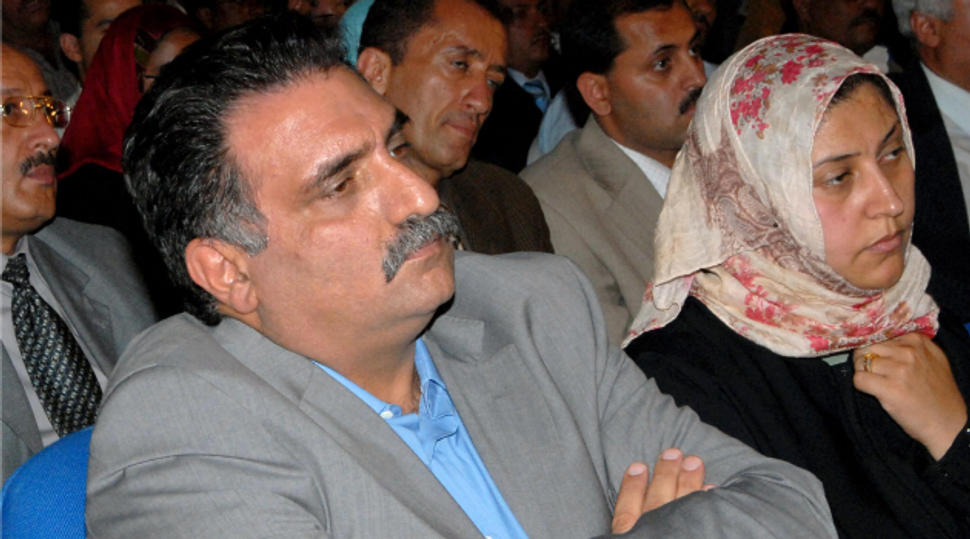 Bishara lives in exile after resigning from the parliament in 2007 and fleeing Israel amid accusations that he provided information to Hezbollah during the Second Lebanon War.

“Members of Balad, the party founded by Azmi Bishara, who was charged with espionage and fled Israel, again prove unequivocally to those who still doubted it that they do not have a place in the Knesset,” Foreign Minister Avigdor Liberman said in a statement that was posted on Facebook. “While Israel is still in a difficult campaign against Hamas terrorists, Balad lawmakers traveled to Qatar and demonstrated support for Hamas leader Khaled Mashaal and his cronies.”

The party would not say whether or not the three met with Bishara, but did confirm that the lawmakers paid for their own trips.

Miri Regev of the Likud party, chair of the Knesset Interior Committee, asked Attorney General Yehuda Weinstein in a letter to investigate the Qatar visit and ban the party from Knesset.

Zoabi and Zahalka were arrested last month at an Arab-Israeli protest in northern Israel against Israel’s operation in Gaza.