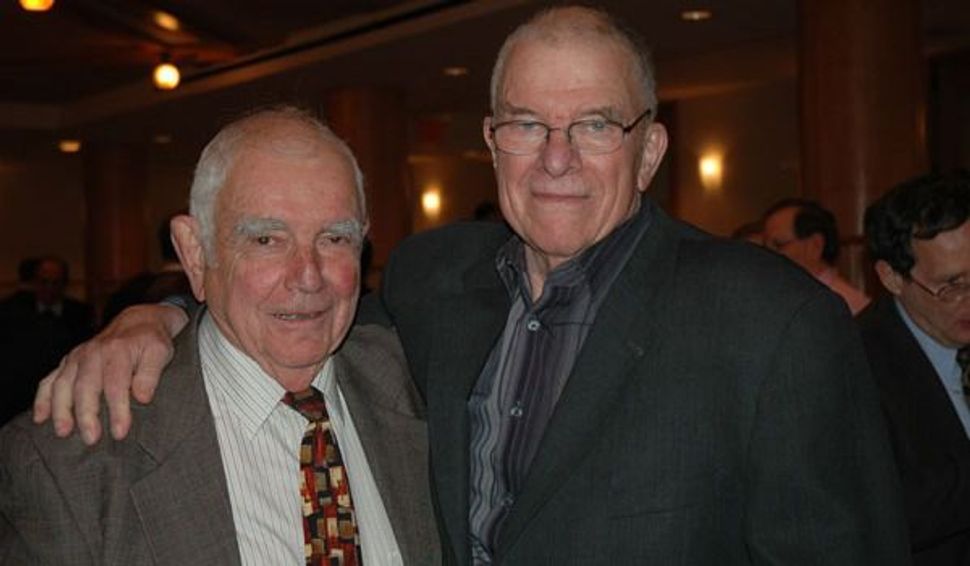 Rashi Fein, left, and his brother Leonard Fein. Image by Courtesy of Mazon

Fein, a professor emeritus of economics of medicine at Harvard Medical School, was the brother of Jewish activist and writer Leonard Fein, who died nearly a month ago. He was instrumental in the development of U.S. health policy, beginning with the Truman administration. Fein served as a senior staff member of President Kennedy’s Council of Economic Advisors and is considered by many as one of the “fathers of Medicare,” according to the Jewish Alliance for Law and Social Action. Fein served on the Advisory Committee of the alliance.

“A love of his Yiddish heritage, a passion for social justice, and a strong Zionist, he was always available to consider, discuss, and critique policies undertaken both by the U.S. and Israeli governments,” the alliance said in a statement.

Fein also served as a senior fellow in the Brookings Institution’s economics program and as chair of the National Advisory Committee for the Robert Wood Johnson Foundation Scholars in Health Policy Research Program from 1994 to 2002.

He was honored by national and local organizations for his contributions to medicine and social policy.