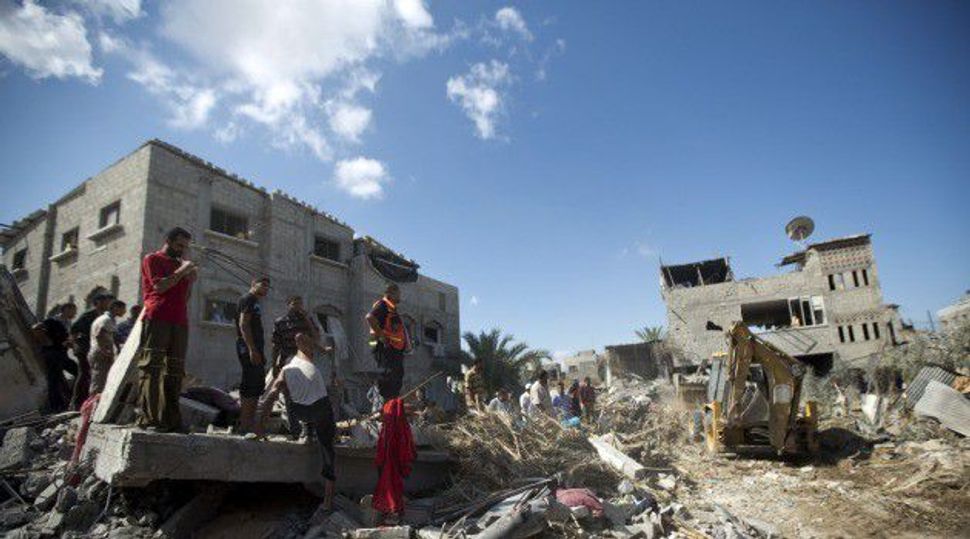 Rebuilding Gaza will cost $7.8 billion, the Palestinian Authority said this month, in the most comprehensive assessment yet of damage from a seven-week war with Israel during which whole neighboorhoods and vital infrastructure were flattened.

The cost of rebuilding 17,000 Gazan homes razed by Israeli bombings would be $2.5 billion, the Authority said, and the energy sector needed $250 million after the Strip’s only power plant was destroyed by two Israeli missiles.

Fighting between Israel and the Islamist militant group Hamas during July and August in Gaza killed over 2,100 Palestinians, most of them civilians, along with 64 Israeli soldiers and five civilians.

A ground incursion and bombing from the land, air and sea caused huge destruction in Gaza, while Palestinian rocket fire drove many Israelis from border communities, hit Israel’s summer tourism revenues and briefly shut down its main airport.