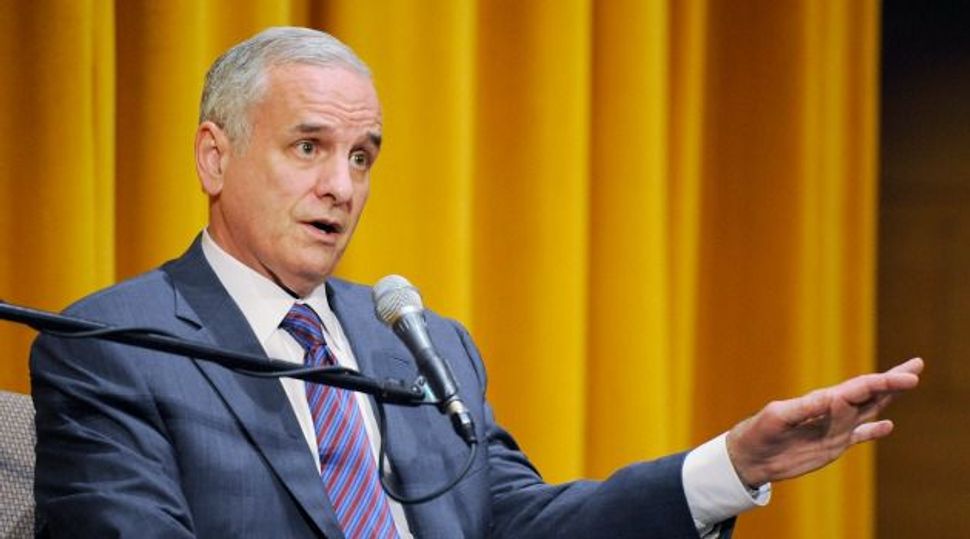 The protesters, from the divestment group Break the Bonds, attended a Minnesota State Board of Investment meeting Tuesday to call on the governor, who is chairman of the committee, to pull the funds from Israel, according to the Star Tribune.

The state of Minnesota has been invested in Israel Bonds for nearly two decades, according to the newspaper. The state currently holds $10 million in Israel Bonds and another $15 million invested through the U.S. Agency for International Development, which is considered an investment in Israel, according to the Star-Tribune. The bonds expire in July 2015, the governor told the protesters.

During the meeting, the protesters accused the governor of saying in July during Israel’s Gaza operation that the Palestinians “deserved” to be bombed, citing the Star-Tribune. What the governor actually said, according to the newspaper, is: “Tonight, I join with you in expressing my support of the people of Israel in defending themselves against Hamas’ terrorism.”

The governor told the protesters Tuesday that: “As far as I’m concerned the case is closed as far as our decision” to invest in Israel Bonds.