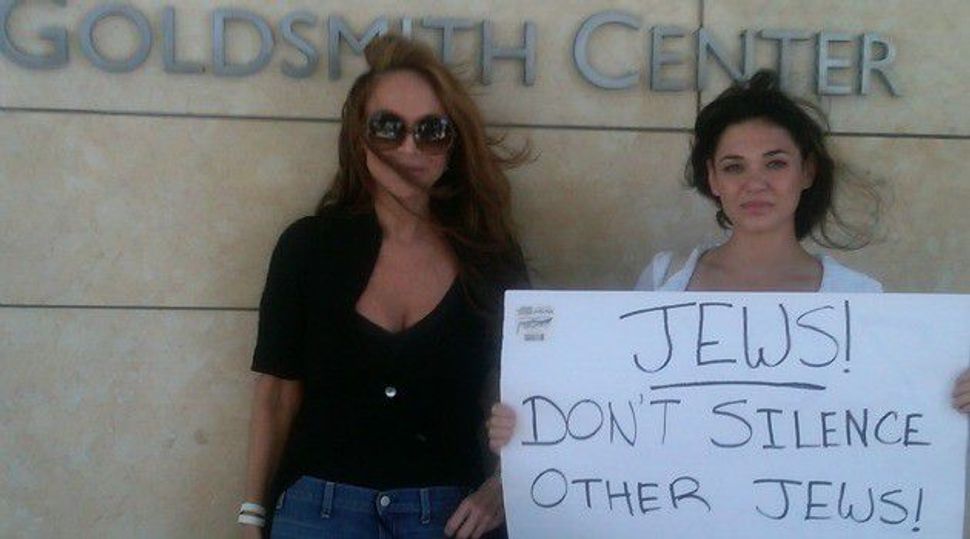 A pro-Israel group said it will sue New York’s Metropolitan Transportation Authority for rejecting its advertisement on the city’s public transportation.

The American Freedom Defense Initiative, which is known for its aggressive critiques of Islam, sought to post an ad that included the quote “Killing Jews is Worship that draws us close to Allah,” according to The New York Times.

In a statement Friday, the MTA claimed that the ad could be seen as a call to violence against Jews and violated its “viewpoint-neutral” advertising standards. Displaying the ad could “incite or provoke violence or other immediate breach of the peace and so harm, disrupt or interfere with safe, efficient and orderly transportation operations,” according to the statement.

Pamela Geller, president of the American Freedom Defense Initiative, said the MTA’s decision violates her group’s freedom of speech. The group successfully sued the transit agency three years ago when another ad was rejected.

The ad is part of a five-ad campaign parodying the Council on American-Islamic Relations’ “My Jihad” ads that have appeared on public transportation in other cities. The CAIR ads emphasize the nonviolent aspects of the term “jihad.”