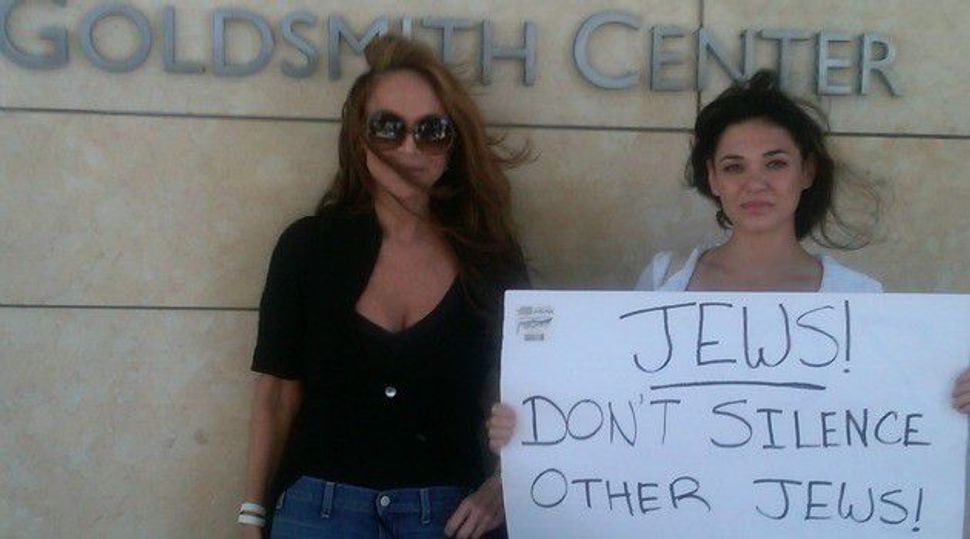 New York City politicians and religious leaders on Tuesday criticized a series of anti-Islam advertisements due to appear on 100 city buses, with many critics calling for the campaign to be blocked.

Melissa Mark-Viverito, the speaker of the City Council, and Comptroller Scott Stringer joined a rally outside City Hall organized by the Arab American Association of New York and other groups to criticize the display ads sponsored by a group run by Pamela Geller, who writes a blog criticizing Islam.

The ads, one of which features an image of American journalist James Foley moments before he was beheaded by an Islamic State militant in August, suggest that Islam is inherently violent and extremist and call for the end of American aid to Islamic countries.

The campaign, scheduled to run for four weeks, was paid for by Geller’s group, American Freedom Defense Initiative.

“No religion or faith should ever be subject to attack ads, and I’m appalled by this latest attempt to divide our city,” Mark-Viverito said at the rally, according to a transcript provided by her office.

Geller was behind a similar ad campaign in 2012 on the city’s transport system that also drew criticism, and many of the ads were vandalized.

The Metropolitan Transportation Authority, a state agency, originally rejected that campaign, saying it did not allow ads that demeaned race, gender, religion or several other categories, but a federal judge ruled that the MTA’s standard was unconstitutional.

The MTA has since revised its standard, and so-called viewpoint ads like Geller’s now run with a large disclaimer saying the MTA does not endorse the views expressed.

Geller criticized the rally on her blog on Tuesday.

“Why didn’t these Muslim groups call a press conference to institute programs that teach against the ideology that gave rise to the Islamic State?” she wrote.