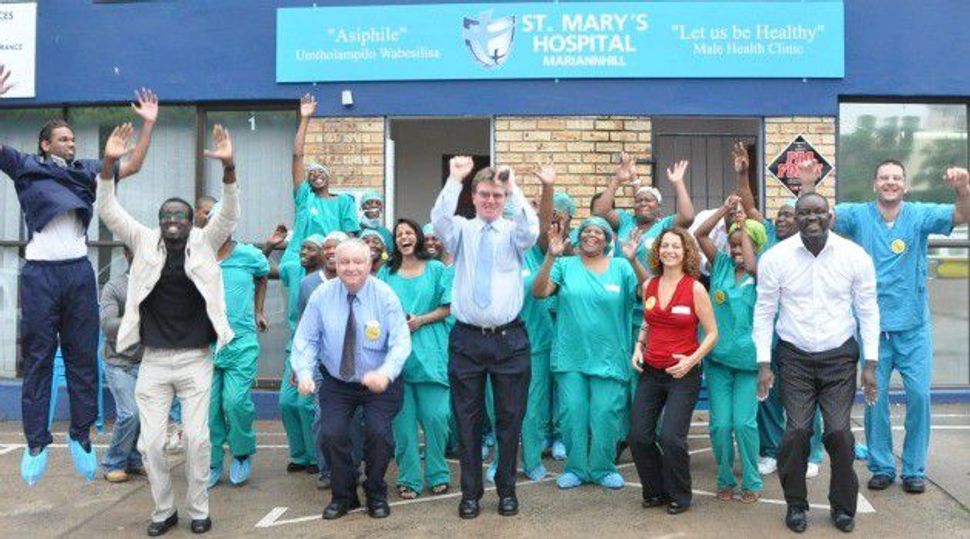 South Africa may turn to an Israeli circumcision device to reduce the number of young males who die in botched initiation ceremonies, provoking an outcry from union allies of the ruling party who support sanctions against the Jewish state.

Every year, dozens of teenaged South African males die of blood loss or infection in traditional circumcision practices during the initiation ceremonies which are a key rite of passage to manhood, especially among the Xhosa nation.

Department of health spokesman Joe Maila told Reuters that the government was still studying the device, known as PrePex, and had not yet decided whether or not to officially sanction its use and make it widely available.

The powerful Congress of South African Trade Unions (COSATU), a key ally of the ruling African National Congress, said it was opposed to the government doing any business with Israel because of alleged human rights violations.

“We have a problem that the device comes from Israel. We need to boycott everything that comes from that pariah state,” Sizwe Pamla, a spokesman for a public sector union that is part of COSATU, told Reuters.

The non-surgical disposable device PrePex, endorsed by the World Health Organization (WHO), has been piloted at several non-profit sites across South Africa but has not yet been introduced in government hospitals.

PrePex, developed by Israel firm Circ MedTech, allows circumcisions to be performed by nurses, which will free up doctors and operating theaters in busy state facilities.

Pamla said if PrePex was introduced in state hospitals, nurses affiliated to COSATU will refuse to perform circumcisions using the device.

South Africa has encouraged medical circumcisions over the less safe traditional practices and believes it could also help in the fight against HIV/Aids, which has infected at least 12 percent of the population.

According to the WHO, male circumcision reduces the risk of heterosexually acquiring HIV in men by about 60 percent.

PrePex is being used in a number of African countries including Rwanda, Uganda and Kenya.