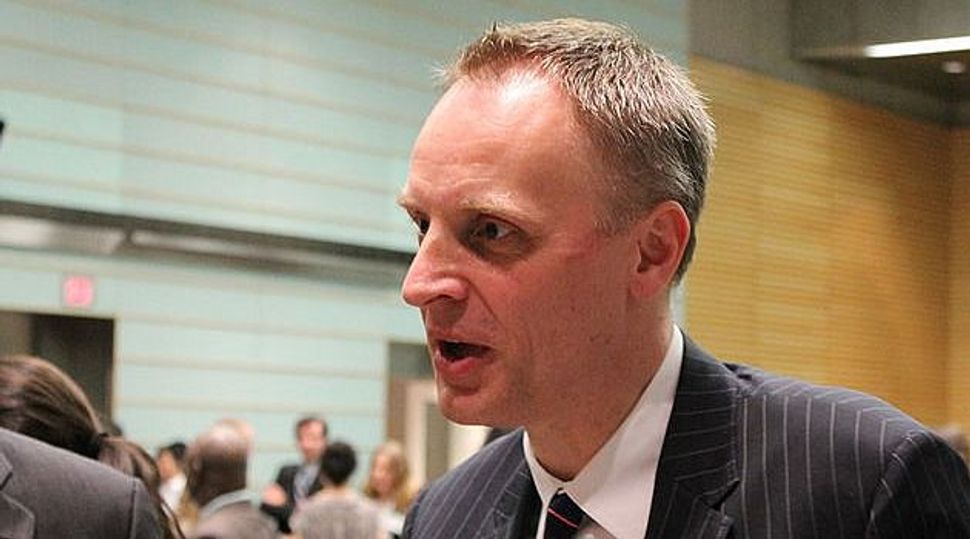 The editor of the British medical journal The Lancet, which ran an open letter accusing Israel of a “massacre” in Gaza, said on a visit to Israel that he “deeply regrets” the divisiveness the letter caused.

Dr. Richard Horton in a statement Thursday at the Rambam Medical Center in Haifa said that he “deeply, deeply regrets the completely unnecessary polarization” caused by publication in the Lancet of the letter in July to the people of Gaza during this summer’s conflict in the coastal strip between Israel and Hamas. Several dozen physicians from the West signed the letter, which also accused Israel of “cruel” and “vicious war crimes.” Physicians, researchers and Israeli officials decried the letter.

Horton also said he was “personally horrified at the offensive video that was forwarded by two of the authors of that letter. The world view expressed in that video is abhorrent and must be condemned, and I condemn it.” After a round of applause, Horton continued, “I will be publishing what I have just said in The Lancet next week.” He did not say specifically that he would retract the letter.

In his statement at Rambam, which he also visited earlier in the week, Horton condemned contributors to The Lancet who promote explicitly anti-Semitic materials, expressed a new understanding of Israeli realities including the complexities of the Arab-Israel conflict, and pledged a new relationship with Israel.

He called the incident “a turning point in my relationship with Israel” and said that his visit was “a fresh start for a different future.”

He also invited Israelis to “tell the Israeli health story” in The Lancet in parallel to the Palestinians.

Following Horton’s remarks NGO Monitor, a Jerusalem-based research institute that monitors nongovernmental organizations, said in a statement that it was “urgent that the letter be removed from The Lancet’s website and a formal retraction and apology be published prominently, both on the website and the next hard copy issue.”

NGO Monitor also called on The Lancet to “undertake positive initiatives to accurately inform the medical community of Israel’s contributions to medicine, as well as the close cooperation that takes place between different sectors of the population.”