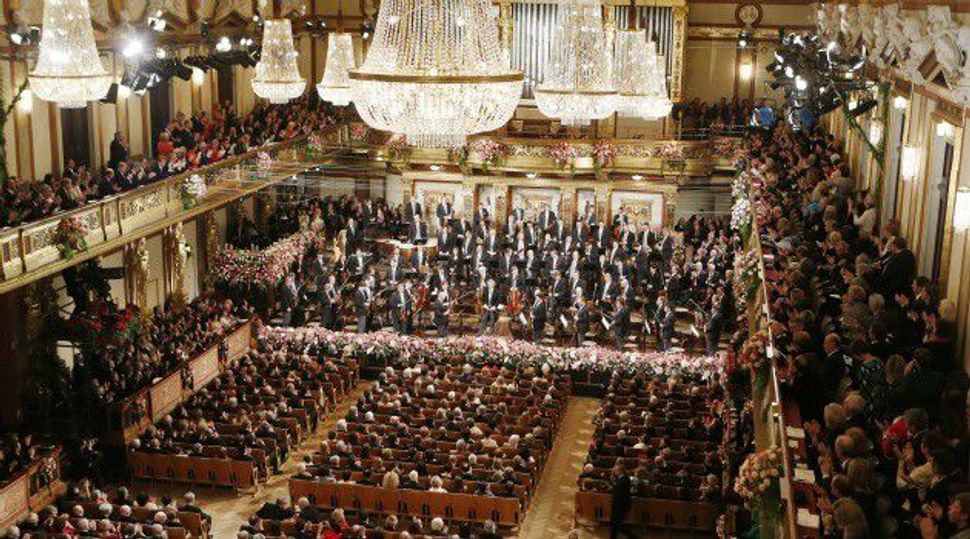 The Vienna Philharmonic Orchestra, which acknowledged decades after the fact that many of its players had been Nazi party members, will use a $1 million grant to digitalise and find a new home for its archives, it was announced on Wednesday.

The announcement by the orchestra’s management was made in Stockholm where the orchestra was to officially receive the grant from the Birgit Nilsson Foundation. The foundation is endowed by the late Swedish dramatic soprano and is said to be the “most generous prize in the world of classical music.”

The selection of the VPO for the prize was announced in April, but the use to which the money would be put was decided by unanimous vote of the orchestra members, Clemens Hellsberg, who has stepped down as the orchestra’s first archivist, said.

“I am happy that the orchestra decided in this way because it means there is an awareness of the importance of history,” Hellsberg said in a telephone interview from Stockholm.

Hellsberg said the orchestra’s history encompassed everything it had done since its founding in 1842, including giving the premieres of symphonies by Bruckner and Brahms, as well as falling under the influence of Hitler from 1938 to 1945.

The orchestra’s New Year’s concerts, which are broadcast around the world every year, are said to have been founded in 1939 with the enthusiastic support of Nazi Propaganda Minister Joseph Goebbels. By 1942, the year of the orchestra’s centennial, almost half its players were Nazi party members.

For years, though, access to the archives was tightly controlled and Hellsberg was one of the first to be able to properly research the materials it contains.

“For us it is a moral issue to present our own past,” he said.

Andreas Grossbauer, the orchestra’s president, said the present location of the archives was too small and that a new one would be found in Vienna.

“We want to change and open up more and digitalise the archives and have some space for students or for whoever wants to come and study about the history of the Vienna Philharmonic. Of course it will take some time, but I think this is very important for us,” Grossbauer said.

The prize will be awarded in the presence of Sweden’s King Carl XVI Gustaf and Queen Silvia and will include a performance by the Vienna Philharmonic under the baton of Riccardo Muti.

“Birgit Nilsson loved working with this orchestra, and we know that this choice would have pleased her greatly,” Rutbert Reisch, president of the Birgit Nilsson Foundation, said in a statement.

The previous winners of the prize, which is awarded roughly every three years, are opera singer Placido Domingo in 2009 and Muti in 2011.