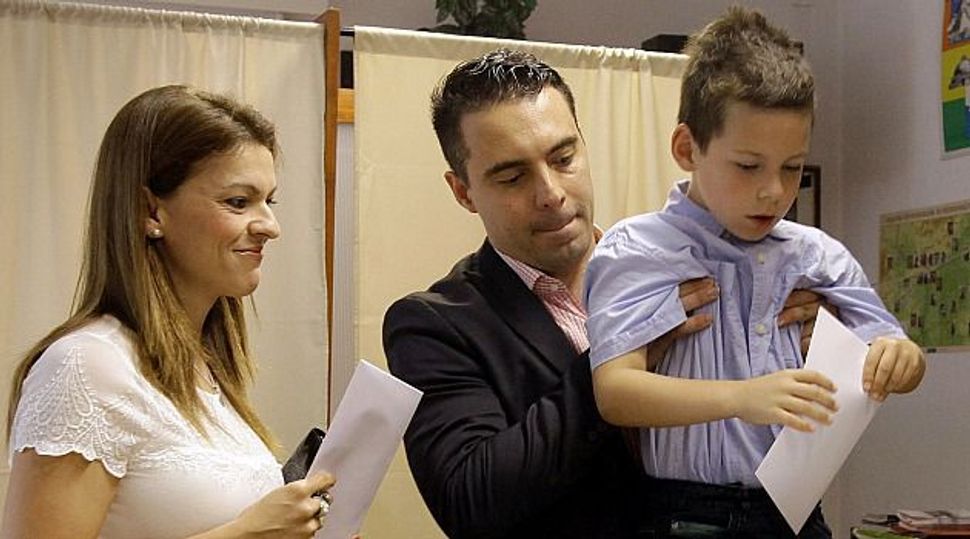 Hungary’s far-right Jobbik party is on track to take over dozens of city halls in a municipal election on Sunday, handing it new powers that, critics say, it will use to persecute ethnic minorities.

Already the second biggest force in parliament, Jobbik is one of Europe’s most influential far-right parties. Its rise has drawn international concern, notably when one of its lawmakers suggested that lists of Jews should be drawn up – a comment for which he later apologized, saying he had been misunderstood.

But the experience in one town where Jobbik is already in power is that even the most hardline agenda ends up running aground in the swamp of budget shortfalls, petty squabbles and failed schemes that make up local politics in Hungary.

Erik Fulop, the 32-year-old Jobbik activist who since 2010 has been mayor of Tiszavasvari, came to power on a promise to tackle “Gypsy crime” – a rallying call for Jobbik supporters who resent Hungary’s large and mainly poor Roma minority.

But two years after he took office, the local militia he created to implement that promise – made up of 10 men, two cars and an electric scooter – had to abandon its patrols because he ran out of money to fund it.

For the town’s Roma, many of whom live in a slum of mud huts where half-naked children play in a trash-strewn ditch, the budget shortfall meant at least they did not have to add harassment by a far-right militia to their list of problems.

“There’s been no trouble so far, thank God… there’s been nothing,” Andras Rezmuves, a 40-year-old Roma man, said in the slum, known to locals as Narrow Street.

A think tank, Political Capital, forecasts that in Sunday’s election Jobbik has a good chance of winning in 41 municipalities – out of 3,200 in Hungary – where it came a close second in this year’s parliamentary election. Those places include Miskolc, Hungary’s second-biggest city.

Yet to date, Jobbik has been a party of opposition, with eye-catching and divisive policies, tough rhetoric, and little to show how it would behave if it won real power.

It has insisted that Roma would not be persecuted on its watch, pledging in its election program a “color-blind” crackdown on crime and a nuanced approach towards minority issues.

Tiszavasvari, a town of 13,000 and by far the largest Jobbik-controlled municipality, is the nearest thing the party has to a track record.

In the four years since Fulop took office, there has been little lasting improvement in the lives of the town’s Roma. One initiative to help turned into a farce.

Zsolt Raduly, a deputy principal at a local school, said the town authorities filled potholes in the slum neighborhoods with red brick dust from a nearby factory.

“The first winter washed out all of it,” said Raduly, who ran unsuccessfully against the Jobbik mayor. “The Roma called it the red mud disaster. Their shoes were all red, so were cars that passed through there. It was a slum stigma.”

Asked by Reuters about the Roma community, Fulop said he had an action plan to improve conditions for people living in the slums. “But we also demand that they conform to the minimal rules of coexistence,” he said.

“Improving the living standards for Gypsies is primarily a state function… Municipalities, mayors are just cogs in a machine – but of course we try to do the best we can.”

The mayor’s record has been mixed on another part of his manifesto: bringing jobs and investment to Tiszavasvari, about 200 km (125 miles) east of Budapest..

The mayor had pledged to invigorate the local economy through international business ties to countries like Iran, China and Turkey.

All that has materialized so far on that front are a handful of symbolic twinning agreements with foreign towns, and a half-finished upgrade at a factory owned by a local businessmen that won new business from Iran and added a few dozen extra jobs.

Another mundane detail of local politics – infighting – grew so bad the Jobbik-led administration dissolved itself in 2012, though it won the subsequent election and so held on to power.

Despite the missteps, the mayor is still popular. A straw poll Reuters conducted among residents suggests Fulop has a good chance of winning a new term in Sunday’s vote.

The Socialist opposition is so weak it has not fielded candidates in the town, and Jobbik strikes a chord with voters as the only party proposing to solve the “Roma issue,” even if experience shows it is not that simple.

“Erik may have a hard time bringing jobs to everyone but if he doesn’t get support from the powers that be, he really cannot be blamed,” Julianna Kiss, a 54 year-old hairdresser, said of the mayor. “I’ll stick with Jobbik.”