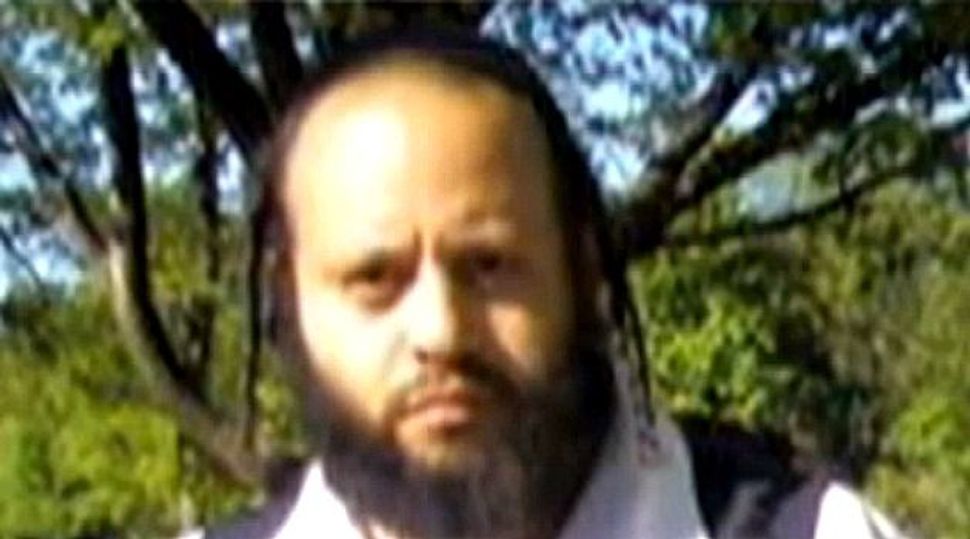 Man of Many Faces: Roberto Eddy Santos changed his name to Avroham Gross and assumed the identity of a rabbi. Image by NBC

Santos reportedly converted to Judaism, changed his name to Avroham Gross, and assumed the identity of a rabbi.

Unfortunately, Santos — or Gross — wasn’t wholly committed to the rabbinate. NBC New York is reporting that the ex-convict is now facing dozens of charges after allegedly posing as a law enforcement officer, making traffic stops and even helping to arrest a woman he suspected of trying to break into a car.

“This is one of the strangest cases, it is bizarre, but it is still serious to us,” said Brooklyn District Attorney Kenneth Thompson in an interview with NBC New York.

Among other things, authorities are investigating whether or not Gross had a “genuine conversion.”