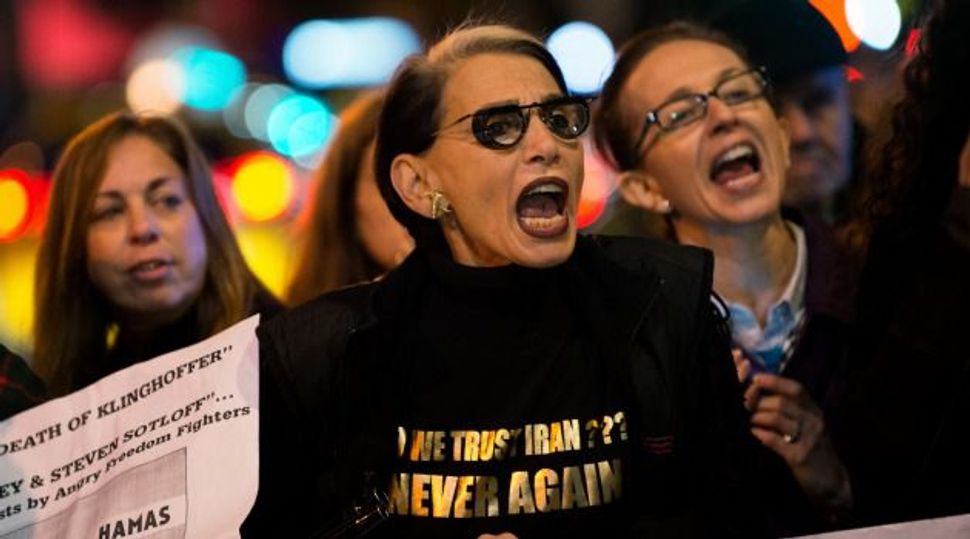 Rudy Giuliani, a former New York City mayor, led a rally outside the Metropolitan Opera on Monday to protest the company’s production of “The Death of Klinghoffer,” which some have called anti-Semitic and sympathetic to terrorism.

The 1991 opera depicts the murder of Leon Klinghoffer, a disabled Jewish American man who was killed by four Palestinian hijackers aboard the Achille Lauro cruise ship in the Mediterranean in 1985. After killing him, they ordered his body be thrown overboard along with his wheelchair.

Some have hailed the work as a masterpiece by American composer John Adams.

But protesters outside the Met opening on Monday, several of whom admitted they had never seen the opera, say Adams pointedly gave Klinghoffer’s killers some of the most beautiful songs in the work in an attempt to rationalize their crimes.

“This romanticizing of terrorism has only made it a great and graver threat,” Giuliani, a noted opera aficionado, told a crowd of protesters. He said he had listened to the work five or six times and that the music was “quite excellent” but the words distorted history.

About 100 protesters were lined up in wheelchairs wearing signs around their neck reading “I am Leon Klinghoffer.”

The crowd carried signs calling the work “Snuff Opera,” and cheered loudly at the news that the Met had sold relatively few tickets for the run.

Adams, the Met and the Anti-Defamation League have all insisted the work is not anti-Semitic, although the Met canceled plans for international broadcasts of the production.

For a night at the opera, security was tight, with dozens of police officers stationed around the opera house at Lincoln Center in midtown Manhattan. The rally’s organizers said they believed some protesters had bought tickets and planned to register their disapproval during the performance.

Klinghoffer’s daughters, Lisa and Ilsa, have condemned the work ever since its U.S. premiere in 1991. They wrote a short message that is being printed in the new production’s Playbill criticizing the work’s “false moral equivalencies.”

“It rationalizes, romanticizes, and legitimizes the terrorist murder of our father,” they wrote.

Tom Morris, the director of the new production, said the work no more endorses Klinghoffer’s murder than “Macbeth” does regicide. He said the opera’s closing moments are a long, searing aria of grief by Klinghoffer’s wife, Marilyn.

The production made its premiere in 2012 at the English National Opera in London, where a single man with a placard protested opening night. The opera last played in New York City in 2009 at the Juilliard School with little controversy.