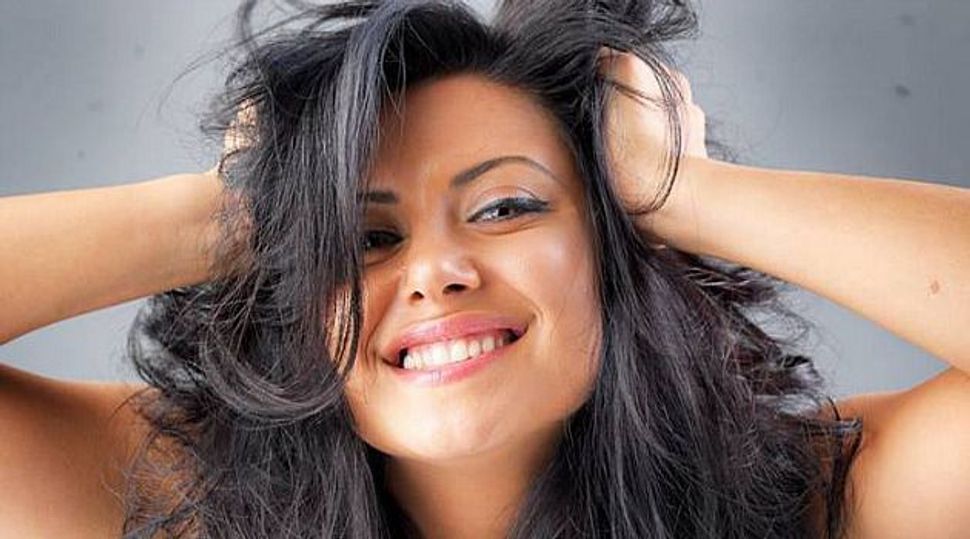 Shefer, a former contender in the Israeli version of the reality television show “Big Brother,” beat 19 other contestants to become Miss Jewish Star 2014 on Sunday in Moscow’s Metropol Hotel, according to the STMEGI association of Mountain Jews.

The pageant was sponsored by over a dozen companies and groups including the Russian branch of the Hillel Jewish network and was open to any unmarried woman under the age of 30 who is Jewish according to Halacha, the Jewish Orthodox law.

The second and third places went to Emma Tabachnikova from Ukraine and Marianne Golushkin from Uzbekistan, the Israeli Russian-language news site haifa.vibirai.ru reported.

Shefer, 29, moved with her family to Karmiel in Israel’s north when she was five from the city of Berdychiv in northern Ukraine. She moved to Los Angeles in 2006 to work in show business, using her U.S. citizenship. She also lived in New York and worked in real estate before moving back to Israel to be with her family. She served in the Israel Air Force.

In the United States, Shefer volunteered to strengthen inter-communal ties within U.S. Jewry by participating in the activities of the Russian American Jewish Experience.

Before entering Big Brother earlier this year, she began volunteering in Israel.

“I hope to complement my work for Jewish communities in Israel and in the United States with more work for Jews in Russia and elsewhere, to help Jewish values grow in young people today,” she said in a statement about the pageant.

Shefer was selected as the winner by a jury of four people, including Dorit Golender, Israeli ambassador to Russia, according to the pageant’s website.

Winners will receive prizes selected for them by the sponsors, the competition’s charter said, but it did not specify what they are.