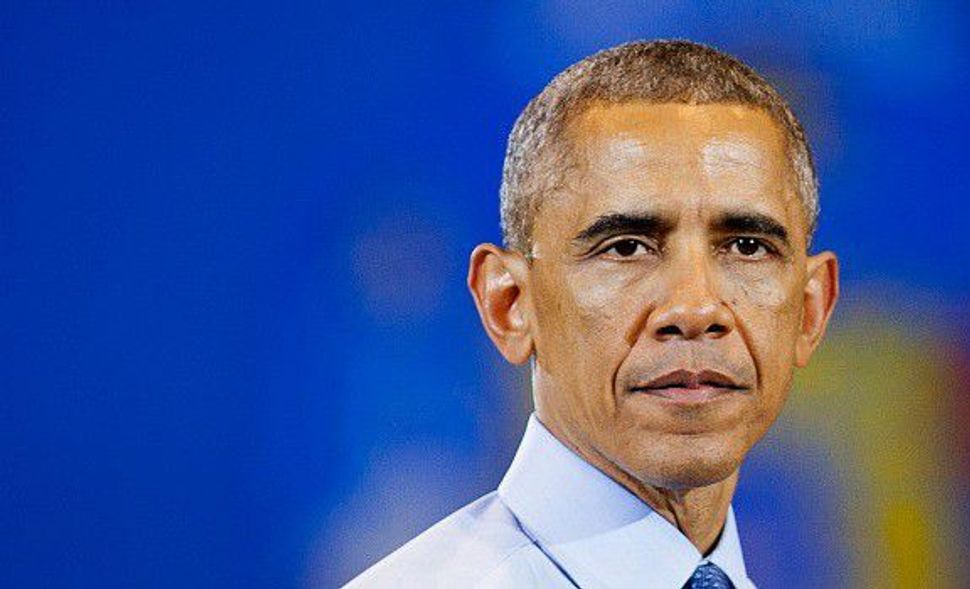 The secret letter, revealed Thursday in a Wall Street Journal report, is the fourth such correspondence between Obama and Ali Khamenei since Obama assumed office in 2009. Iran and the United States do not have formal relations.

According to the newspaper, citing those familiar with the letter, Obama wrote that “any cooperation on Islamic State was largely contingent on Iran reaching a comprehensive agreement with global powers on the future of Tehran’s nuclear program by a Nov. 24 diplomatic deadline.”

The White House would not confirm the correspondence, but spokesman Josh Earnest noted that the Obama administration has already acknowledged that talks between Iranian and U.S. officials on shared concerns about the Islamic State in Iraq and Syria have taken place on the sidelines of nuclear talks between Iran and the major powers.

“The United States will not cooperate militarily with Iran in that effort; we won’t share intelligence with them,” Earnest said, referring to the ISIS threat. “But their interests in this outcome is something that’s been widely commented upon and something on a couple of occasions has been discussed on the sidelines of other conversations.”

Khamenei is seen as more reluctant than the Iranian president, Hossein Rouhani, to conclude a deal with the major powers that would keep Iran from reaching nuclear weapons capability in exchange for sanctions relief.