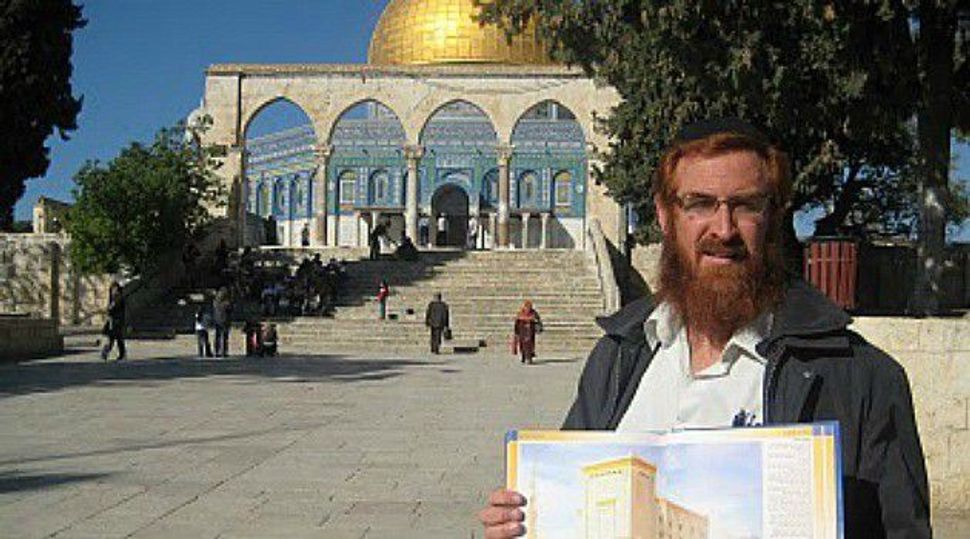 Yehuda Glick, the Temple Mount activist shot in a failed assassination attempt, left the hospital nearly a month after the attack.

At a news conference Monday at Jerusalem’s Shaare Zedek Medical Center, Glick thanked those who helped to save his life and recited the blessing thanking God as “He who brings back life to the deceased.”

Glick, 49, said that his attacker told him before he pulled the trigger on Oct. 29 outside a Jerusalem conference center that he was doing it because Glick is “an enemy of Al-Aksa,” the Temple Mount mosque.

“Anybody who shoots and kills someone in the name of his religion is the first person disgracing his religion,” Glick said. “Those who are giving respect to Islam are those Muslim doctors and nurses who work at this hospital, helping people after they have signed the Hippocratic Oath. These are the people who are bringing respect to God and their religion, not those who murder in the name of religion.”

Glick was shot at close range in the chest and abdomen by an assailant who fled on a motorcycle. The alleged assailant, a member of Islamic Jihad who worked in the conference center’s kitchen, was killed hours later in a shootout outside his eastern Jerusalem home.

Immediately before he was shot, Glick had spoken at the center on the Jewish right to pray on the Temple Mount.