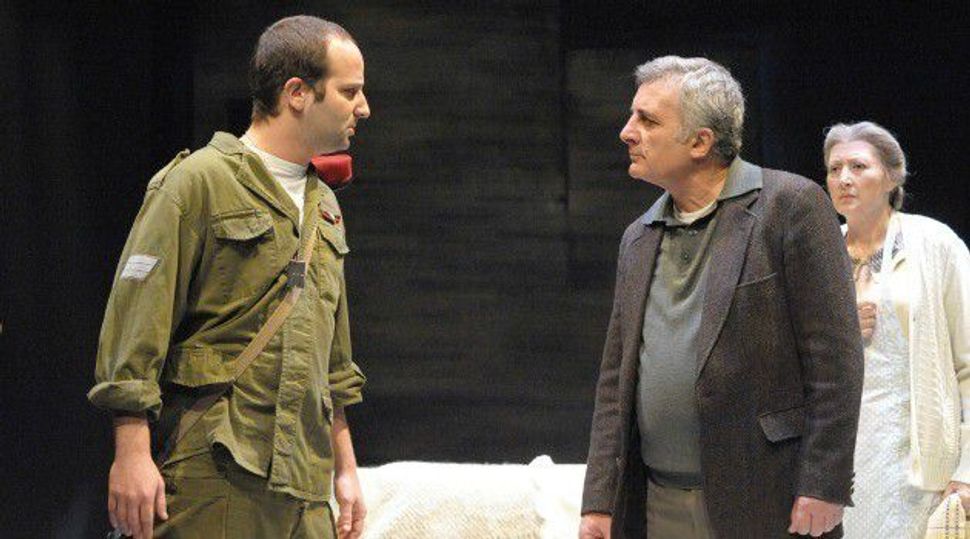 Controversial: One of Theater J’s disputed productions was 2011’s ‘Return to Haifa,’ which critics claimed took an anti-Israel approach. Image by theater j

An open letter issued Monday said “it is absolutely clear that Roth was fired because of the content of the work he has so thoughtfully and ably championed for the last two decades,” the Washington Post reported. It was signed by leaders of such companies as New York’s Lincoln Center Theater and Public Theater, Chicago’s Steppenwolf Theatre and Washington’s Shakespeare Theatre Company.

Roth has been artistic director of Theater J for 18 years; the JCC fired him for “insubordination” on Dec. 18.

The letter said its signatories “deplore the action of the JCC, offer our complete support for Ari Roth” and “urge the American theater community to protest these events in all possible ways.”

The JCC has described Roth’s departure as “stepping down to pursue a new series of endeavors,” while Roth has said it “was pretty punitive,” according to the Forward.

In recent years, Roth and the JCC had clashed over several plays criticized for being anti-Israel.