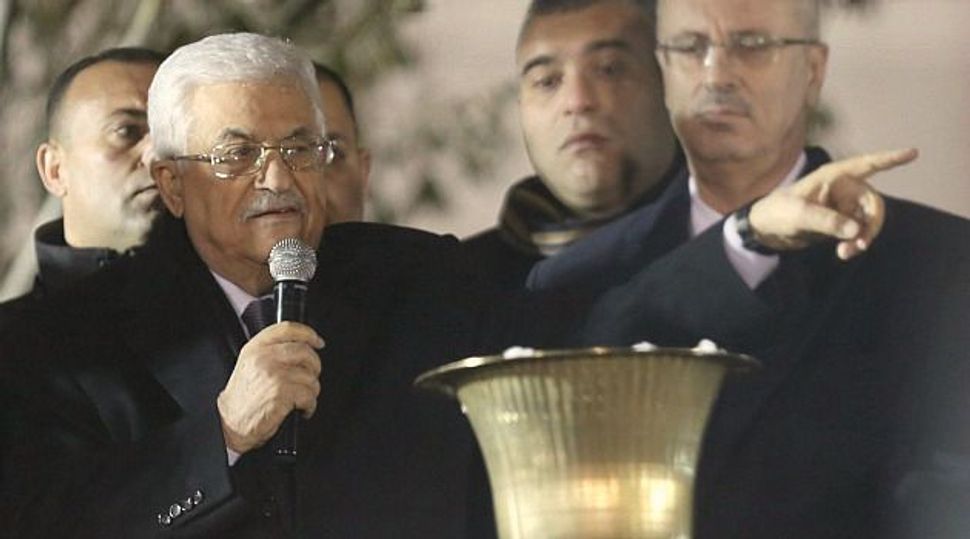 Israel is looking at ways to prosecute senior Palestinians for war crimes in the United States and elsewhere in response to Palestinian steps to join the International Criminal Court, an Israeli official said on Saturday.

The Palestinians delivered to U.N. headquarters in New York on Friday documents on joining the Rome Statute of the International Criminal Court and other global treaties, saying they hoped to achieve “justice for all the victims that have been killed by Israel, the occupying power.”

The Hague-based court looks at cases of severe war crimes and crimes against humanity such as genocide.

The Israeli official said Palestinian leaders “ought to fear legal steps” after their decision to sign onto the Rome Statute.

“Israel is weighing the possibilities for large-scale prosecution in the United States and elsewhere” of Palestinian President Mahmoud Abbas and other senior Palestinians, the official said.

Israel would probably press these cases via non-governmental groups and pro-Israel legal organizations capable of filing lawsuits abroad, a second Israeli official said, explaining how the mechanism might work.

Israel sees the heads of the Palestinian Authority in the occupied West Bank as collaborators with Hamas militant Islamists in Gaza because of a unity deal they forged in April, the first official said.

Israeli Prime Minister Benjamin Netanyahu has previously warned that unilateral moves by the Palestinian Authority at the United Nations would expose its leaders to prosecution over support for Hamas, viewed by Israel as a terrorist organization.

“(Hamas) … commits war crimes, shooting at civilians from civilian populated areas,” the official said, alluding to a war in Gaza last summer in which more than 2,100 Palestinians and more than 70 Israelis died.

Palestinians seek a state in Gaza, the West Bank and East Jerusalem – lands Israel captured in the 1967 Middle East War.

The United States, Israel’s main ally, supports an eventual independent Palestinian state, but has argued against unilateral moves like Friday’s, saying they could damage the peace process.

Washington sends about $400 million in economic support aid to the Palestinians every year. Under U.S. law, that aid would be cut off if the Palestinians used membership in the ICC to press claims against Israel.