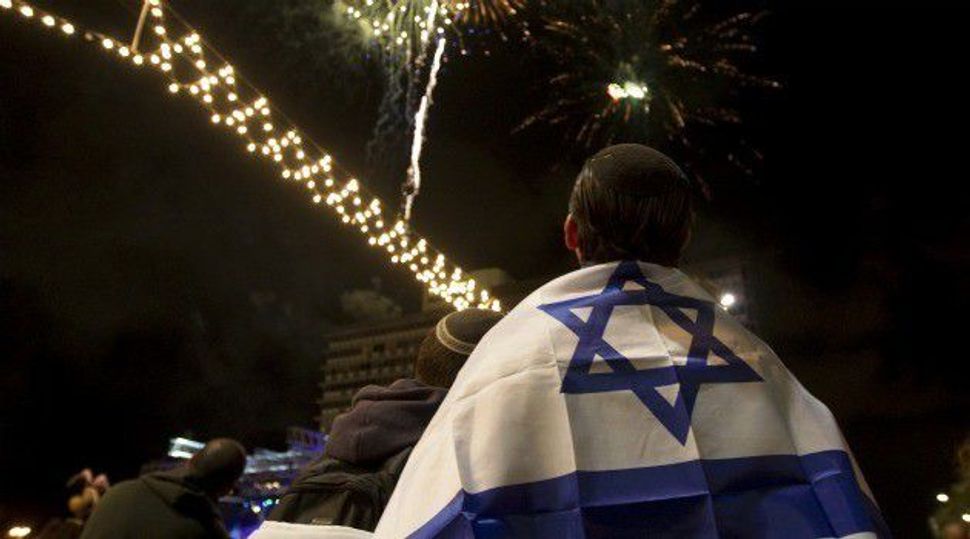 Both Jews and Arabs are proud to be Israeli, but neither has great faith in the government, an annual poll showed.

But the institute’s Israeli Democracy Index shows just 37 percent of Jewish-Israelis having trust in the government, a drop from 58 percent last year, and 43 percent of Arab-Israelis with that view, a rise of 10 percent over the 2013 poll.

The index focuses on the views of the Israeli public regarding the country’s socioeconomic situation and its effect on Israeli democracy.

The survey of 1,007 adults was conducted by the Dialog Institute in phone interviews between April 28 and May 29, prior to Israel’s Operation Protective Edge in Gaza.

Among government institutions, those with the highest trust among Jewish-Israelis are the Israel Defense Forces, at 88 percent; the president of Israel, 71 percent; and the Supreme Court, 62 percent. Along with the government, institutions on the lower end of the trust scale are the Israel Police, 45 percent, and the media, 28 percent.

The survey was presented to President Reuven Rivlin by the institute’s president, Yohanan Plesner, and Tamar Hermann, academic director of its Center for Surveys.

“I was not surprised to see that the Index presents a decrease in the public’s trust in the country’s system of leadership and governance,” Rivlin said. ”I suspect the system has warranted as much. A lack of faith in public services and the system of governance constitutes a potentially fatal blow to democracy.”

A total of 148 respondents were interviewed in Arabic and 59 in Russian, according to the institute. The margin of error is plus or minus 3.2 percent.