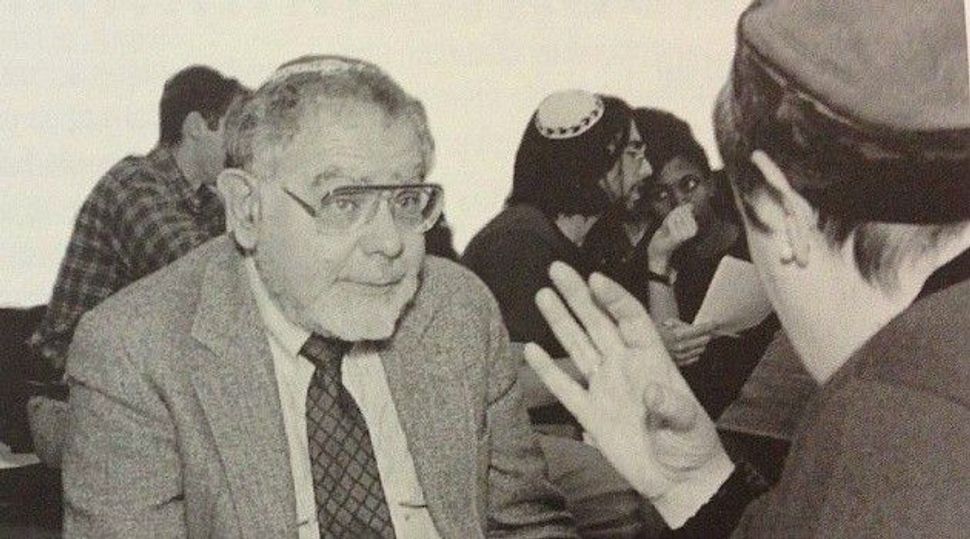 The driver of the car that killed Rabbi James Diamond, the retired director of Princeton University’s Center for Jewish Life, was found not guilty by reason of insanity.

Eric Maltz, 22, had faced up to 30 years in prison on charges of aggravated manslaughter, assault by auto and death by auto , according to the Times of Trenton.

Superior Court Judge Robert Billmeier ruled that Maltz met the legal definition of not guilty by reason of insanity at the time of the crash, the newspaper reported, citing the Mercer County Prosecutor’s Office. Maltz was committed to Trenton Psychiatric Hospital. He reportedly has a history of mental health issues.

Diamond, 73, who retired from the center in 2003, was killed March 28 when a speeding car crashed into a parked car that the rabbi was entering on the passenger side after a breakfast Talmud study group. The driver of the parked car, Rabbi Robert Freedman, who also attended the study group, was hospitalized with injuries.