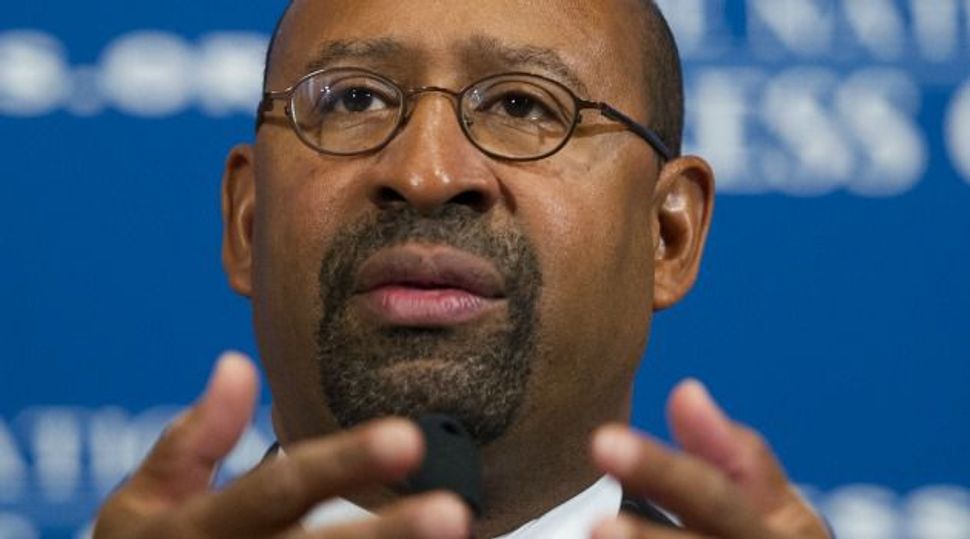 An Israeli diplomat will be married in a same-sex marriage ceremony conducted by the mayor of Philadelphia.

Elad Strohmyer, Deputy Consul General of Israel in Philadelphia and his partner Oren Ben-Joseph will be married at the Philadelphia City Hall this week, Ynet reported. Mayor Michael Nutter and conservative Rabbi Michael Bills will officiate.

Gay marriage has been legal in Pennsylvania since May 2014.

Strohmyer met Ben-Joseph during a gay pride event in Tel Aviv last June; Ben-Joseph joined him in Philadelphia shortly after. They were engaged in October.

“It’s a big honor for me to get married in the city that has been my home for the past three years and in which I represent Israel,” Strohmyer told Ynet. “The fact that the local media and the leadership of the community is expressing great interest and will come to the wedding is really moving and also enables us to expose another facet of Israel that is not usually displayed in world media. Through our wedding that has been awarded with a high media profile we are adding another important element of representing Israel other than the Israeli-Palestinian conflict.”

Some 150 guests, including friends and family from Israel, will attend the wedding, according to Ynet.