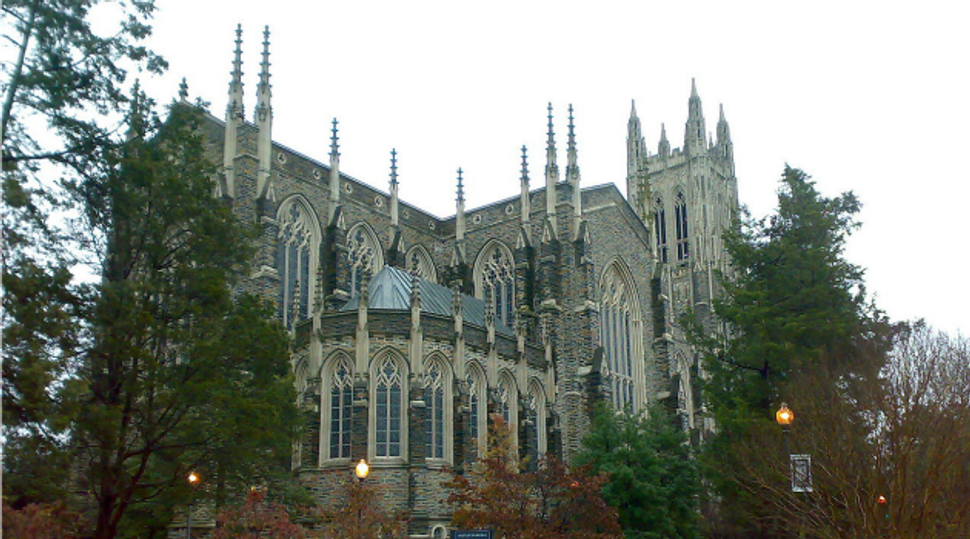 Duke University announced and then quickly reversed a decision this week to allow Muslim students to use the chapel belltower to broadcast a weekly call to prayer.

The reversal came Thursday, just two days after the North Carolina university first announced would allow the call to prayer, called the adhan, from its iconic belltower. The change was attributed to external threats to student safety.

The initial announcement angered various constituencies, with the son of one prominent evangelical Christian calling on Duke donors and alumni to boycott the university until the policy was reversed.

“Duke remains committed to fostering an inclusive, tolerant and welcoming campus for all of its students,” Michael Schoenfeld, vice president for public affairs and government relations, said in a statement Thursday. “However, it was clear that what was conceived as an effort to unify was not having the intended effect.”

As a compromise, the university said the call to prayer instead would be held at the chapel quadrangle. Duke’s Muslim Students Association has been holding services in the chapel basement for several years, according to The Chronicle, Duke’s student-run newspaper.

“I didn’t expect this of Duke,” sophomore Sophia Aliza Jamal, who is Muslim, told The Chronicle. “I was really shocked.”

Muslim junior Nourhan Elsayed told the newspaper: “I really hope that we as an academic community … can reflect on how to eliminate Islamophobia and all types of racism from our time at Duke and ultimately from our lives. ”

Duke officials said the policy reversal was the result of credible security concerns.

“The university was made aware of serious and credible safety concerns and has increased security to address those concerns and protect students and the campus,” Schoenfeld wrote in an email Thursday, according to the newspaper.

The adhan is a standard part of daily Muslim ritual and usually is broadcast five times a day from mosque minarets using loudspeakers. In Jerusalem, the adhan is loud enough to be heard for miles around, including in Jewish communities.

The most prominent critic of Duke’s short-lived policy was Franklin Graham, the son of the Rev. Billy Graham and president of the Billy Graham Evangelistic Association. After the policy was announced on Tuesday, he launched a social media campaign for donors to withhold support from the university.

Some 700 of Duke’s 15,000 students are Muslim, according to figures provided by Duke News and cited in The Chronicle.