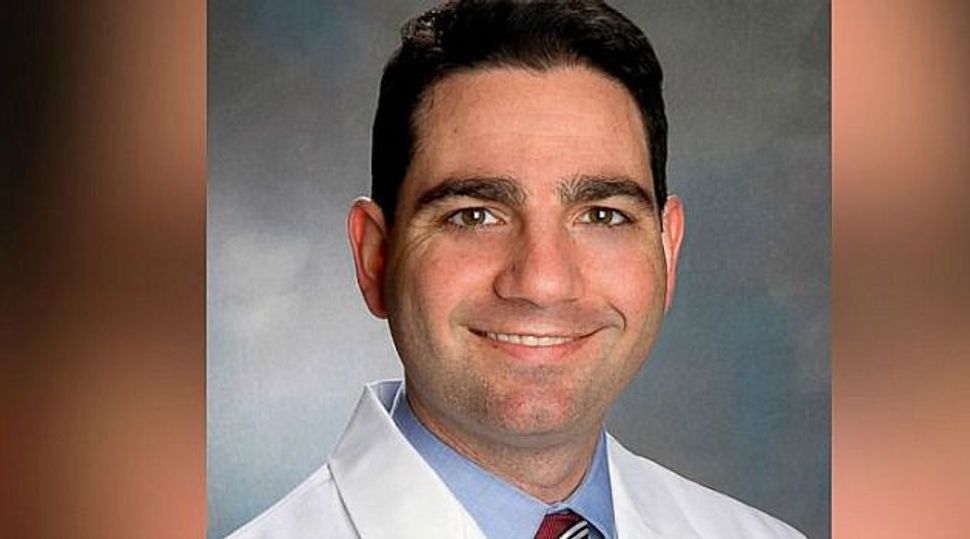 A cardiovascular surgeon at Boston’s Brigham and Women’s Hospital was fatally shot by a former patient’s son, who later turned the gun on himself.

Dr. Michael Davidson, 44, was shot twice on Tuesday morning in an exam room at the hospital, according to the Boston Globe, and died despite emergency surgery. The shooter, Stephen Pasceri, 55, was subsequently found dead of an apparent self-inflicted gun shot.

Davidson, the director of endovascular cardiac surgery at the hospital and an assistant professor at Harvard Medical School, had treated Pasceri’s mother in the late summer of 2014. Pasceri’s siblings say that Pasceri came to blame Davidson for their mother’s subsequent death, according to the Associated Press.

Davidson, a father of three, was an active member of Temple Beth Elohim in Wellesley, Mass. His wife Terri Halperin, a plastic surgeon, is seven months pregnant with their fourth child.

Brigham & Women’s, located in downtown Boston amid a cluster of major healthcare facilities, is a teaching hospital for Harvard Medical School.

“Dr. Davidson was a wonderful and inspiring cardiac surgeon who devoted his career to saving lives and improving the quality of life of every patient he cared for,” the hospital statement said. “It is truly devastating that his own life was taken in this horrible manner.”