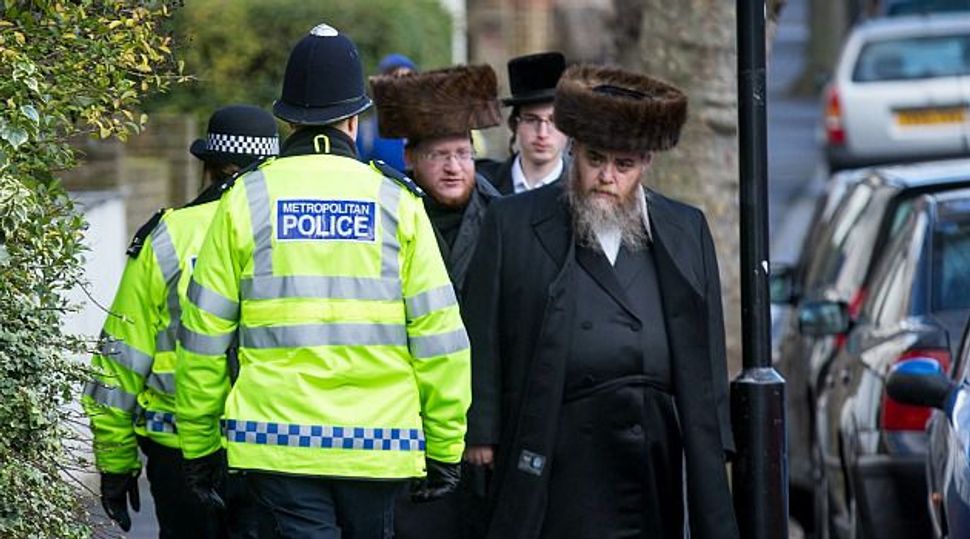 Hate crimes against Jews in London more than doubled last year, according to the Scotland Yard.

The police headquarters for metropolitan London reported 299 hate crimes against Jewish people between the start of April and the end of December of 2014.

This represented a rise of 128 percent over the corresponding period in 2013, when there were 131 hate crimes, The Jewish Chronicle of London reported.

Britain’s 300,000 Jews account for 0.4 percent of the total population. Anti-Semitic attacks recorded in Britain during the 2014 period accounted for 3.28 percent of a total of 9,103 hate crimes reported. That figure represented a 22-percent increase over the overall number of hate crimes recorded in the corresponding period of 2013.

About two thirds of British Jewry live in or around London.

Anti-Semitic attacks increased across Western Europe in summer, during Israel’s war with Hamas in Gaza.

British police said last week that they were increasing patrols in areas with large Jewish communities following deadly terror attacks by Islamists in Paris. Scotland Yard said officers were in constant liaison with the community.