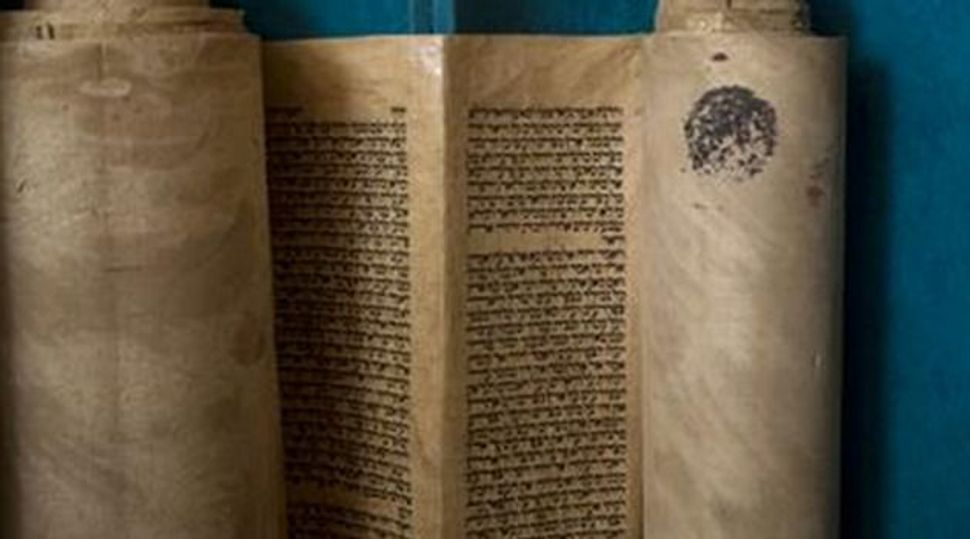 The Associated Press reported Thursday that the scroll, written in northern Iraq by two scribes using pomegranate ink, was delivered, water-damaged, to the Israeli embassy in Jordan in 2007, and was transferred to Israel in 2011 when riots were sweeping the Arab world.

Otherwise, its provenance is unclear, although The Associated Press quotes Foreign Ministry officials as saying that it now the property of the Jewish state.

The scroll was restored by a group of scribes in Jerusalem led by Akiva Garber, AP reported, and dedicated at a ceremony Thursday at the Foreign Ministry.

U.S. troops uncovered a trove of Iraqi Jewish relics in the Iraqi secret service headquarters in Baghdad in 2003, much of it waterlogged.

The U.S. National Archive restored much of what has become known as the Iraqi Jewish Archive, and it remains for the time being in the United States, although Iraq claims it as property.

Much of Iraq’s 2,500-year-old Jewish community emigrated to Israel after riots before and during Israel’s 1948 War of Independence. The remainder fled after persecutions led by Saddam Hussein in 1968 and 1969.