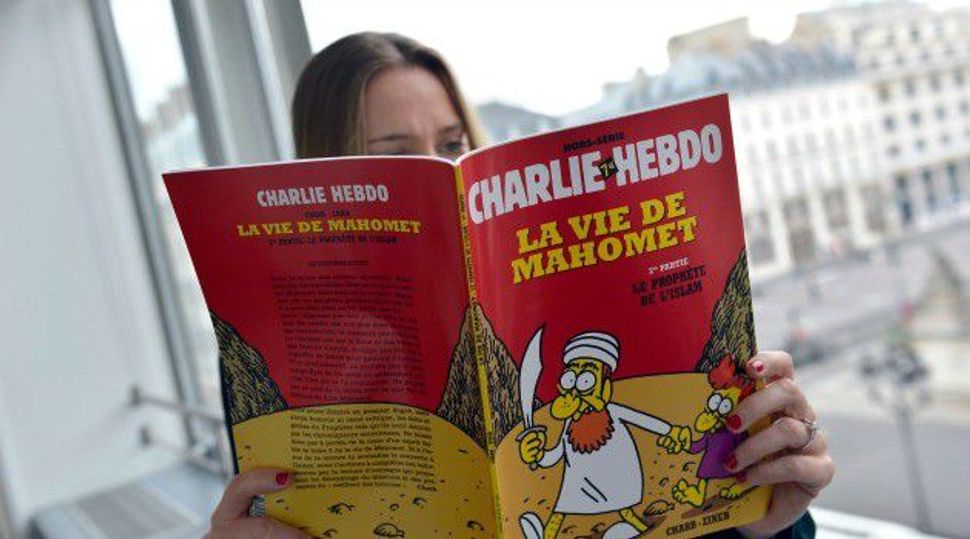 Israeli Foreign Minister Avigdor Liberman has told activists in his Yisrael Beiteinu party to buy up and distribute copies of the French satirical magazine Charlie Hebdo for free.

The directive came after Stiematzky, a leading Israeli bookstore chain, canceled plans to sell the magazine’s latest issue in stores. Following threats of violence, the chain said it would sell the magazine online only.

Arab-Israeli lawmaker Masoud Ganaim of the Ra’am-Ta’al faction told the Israeli news website Ynet that selling the issue could lead to tension within Israel’s Muslim community. The issue’s cover features a caricature of Muhammad, the Muslim prophet.

“If you draw the Prophet Muhammad in a degrading and hurtful way, Muslims won’t sit on their hands,” he said. “It’s my duty as a public official, an Arab and a Muslim to warn that if something like this is distributed, it will cause tension.”

The two Islamic extremist brothers who stormed the Paris offices of Charlie Hebdo on Jan. 7 and killed 12 said they perpetrated the attack in response to what they deemed offensive cartoons featuring Muhammad.

Liberman called the Stiematzky decision a “capitulation to terror.” According to Ynet, he told Yisrael Beiteinu activists to buy thousands of Charlie Hebdo copies and give them out for free.

“Israel can’t turn into an ISIS state,” Liberman told Ynet, referring to the Islamic State terror group. “We won’t let extremist Islam turn Israel into a state that capitulates to threats and hurts freedom of expression.”