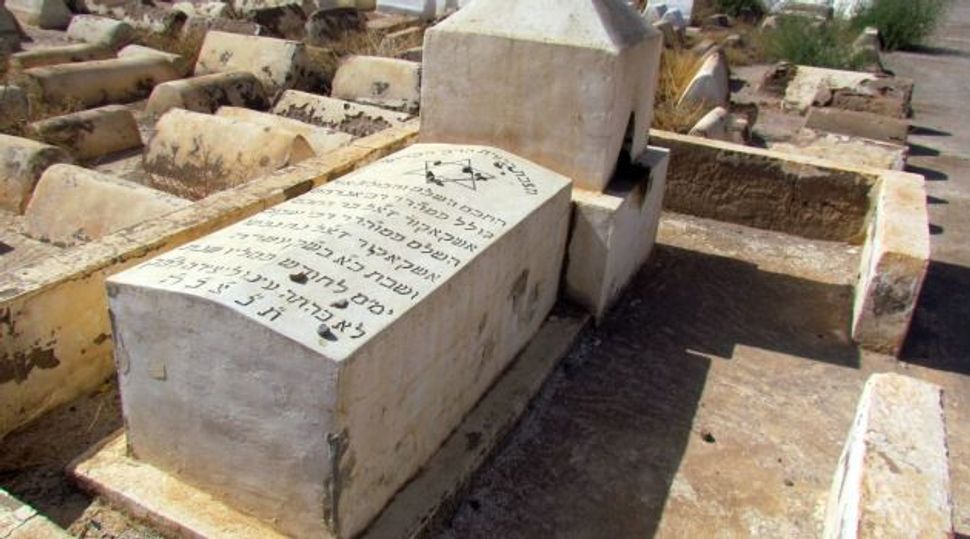 Moroccan Jews touted their country’s efforts to preserve Jewish cemeteries at the opening of an exhibition on Morocco in Paris.

The preservation efforts, launched in 2010, have restored at least 167 Jewish burial sites, and were celebrated during the Feb. 1 opening of the “Contemporary Morocco” exhibition at the French capital’s Arab World Institute, the news site leconomiste.com reported Wednesday.

Serge Berdugo, president of the Council of Moroccan Jewish Communities and a special envoy to King Mohammed VI of Morocco, said the project was part of “a vision and practice which have been applied, for tolerance, dialog and respect which are the exact opposite of extremists’ schemes.”

Among the officials representing the kingdom at the event was Princess Lalla Meryem. She received a letter signed by 27 Moroccan rabbis thanking the kingdom and its monarch for the renovation project.

Also during the event, Meryem presented Morocco’s Order of the Throne to three Morocco-born Frenchmen, each representing a different monotheistic religion.

The Jewish recipient was Michel Serfaty, rabbi of the Ris-Orangis municipality south of Paris. The Christian and Muslim were Michel Dubost, the bishop of Evry near Paris, and the rector of Evry’s mosque, Khalil Merroun.