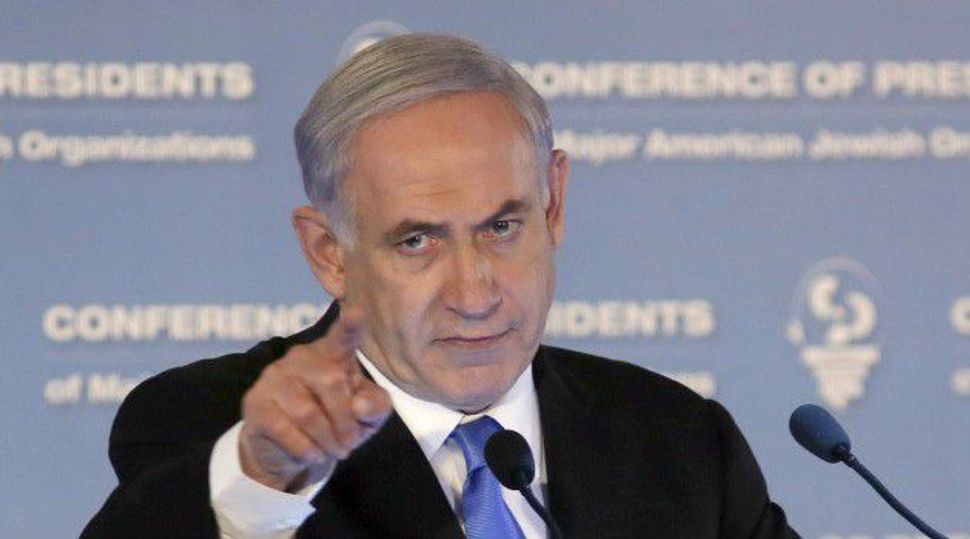 (Reuters) — For someone who was educated in the United States, speaks fluent American-accented English and worked as a management consultant in Boston, Israeli Prime Minister Benjamin Netanyahu sure knows how to rub his closest ally up the wrong way.

In surprisingly critical and unvarnished comments on Wednesday, White House spokesman Josh Earnest accused Israel of distorting details of the negotiations over Iran’s nuclear program in order to scupper the talks.

It was the latest in a series of increasingly terse exchanges between Netanyahu’s right-wing government and President Barack Obama’s administration that has brought U.S.-Israeli ties to their worst pass in decades.

“There’s no question that some of the things that the Israelis have said in characterizing our negotiating position have not been accurate,” Earnest told reporters, after Netanyahu dismissed the emerging deal with Iran as “bad and dangerous” and said he would do what he could to prevent it.

“We see that there is a continued practice of cherry-picking specific pieces of information and using them out of context to distort the negotiating position of the United States.”

If Earnest’s words weren’t already stern, it is only the beginning of what is likely to be a tense two weeks in the run up to March 3, when Netanyahu is scheduled to address a joint session of the U.S. Congress on the threat from Iran.

Netanyahu was invited by John Boehner, the Republican speaker, in an initiative cooked up between Boehner and the Israeli ambassador to Washington, Ron Dermer, without the White House initially being kept informed.

That has upset the U.S. administration for a couple of reasons: first, because of the impression created that Netanyahu is teaming up with the Republicans to rubbish Obama’s strategy on Iran and attempt to secure new U.S. sanctions.

Secondly, it tramples on diplomatic protocol by inviting a foreign leader days before an election – Netanyahu will speak just two weeks before Israeli parliamentary elections on March 17, when he will bid for a fourth term. As a result, Obama will not meet him during the visit.

Relations between the two have always been uncomfortable, but the sense of mutual irritation has deepened in recent months, with Netanyahu increasingly critical of U.S. policy on Iran and the United States pushing back on everything from Israeli settlements to the lack of talks with the Palestinians.

Gideon Rahat, a professor of politics at Hebrew University, regards the current state of affairs as the worst between Israel and the United States in more than 20 years, since George Bush senior and Yitzhak Shamir were in office.

“It reminds me of 1992, when there was American pressure on Shamir to stop investing in the settlements in exchange for U.S. loan guarantees,” said Rahat. “At the time, it ended up having an influence on the (Israeli) elections.”

The White House is determined that Netanyahu should not be allowed to meddle in its efforts to secure a nuclear deal with Iran, which would be a legacy achievement for Obama. Netanyahu meanwhile looks set to stick to his guns and side with the Republicans against a Democrat president.

Israeli Defense Minister Moshe Ya’alon, a close confidant of Netanyahu’s, has gone as far as to say that the current U.S. administration “won’t be around forever.” But bad relations with the United States could also hurt Netanyahu come March 17.

“I don’t really understand what his rationale is,” Rahat said of Netanyahu. “Electorally, I don’t think it’s going to be good for him in the end.”