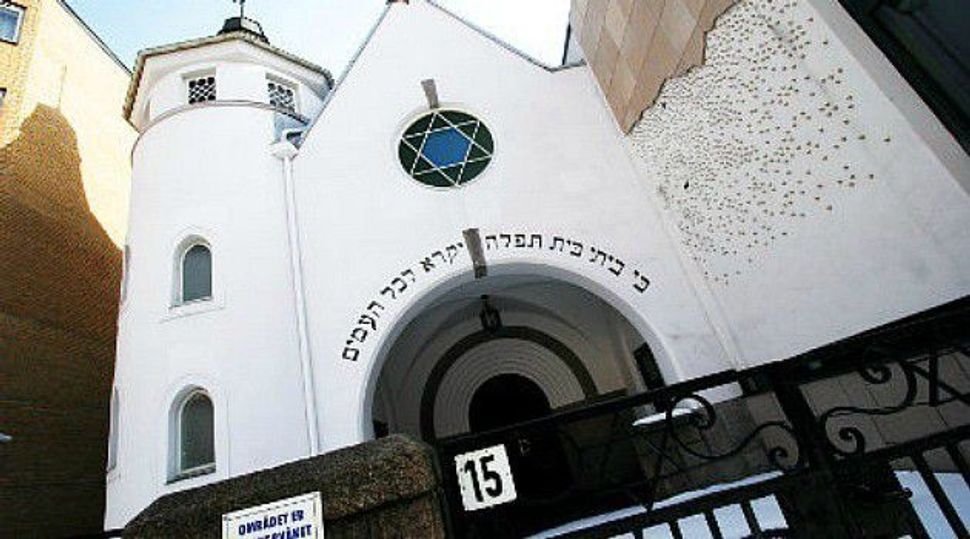 The event Saturday night featured a human chain around Oslo’s main synagogue by more than 1,000 people, many of them Muslim, who had gathered there at the invitation of organizers who titled the event “Peace Ring.”

The organizers, many of them Muslims, had planned the initiative with the endorsement of the Jewish community to protest the slaying on Feb. 15 by an Islamist of a Jewish volunteer guard at the main synagogue of Copenhagen, Denmark.

Ervin Kohn, head of the Jewish community of Oslo, told JTA he thought the initiative was “extremely positive” and said it could change the dynamics of minority relations in Scandinavia.

But some members of his community said the event was tainted because of anti-Semitic statements that one of its eight organizers made in 2008, and because he said this week that he dislikes people who support Israel.

Ali Chishti confirmed on Saturday in an interview with Verdens Gang, a highbrow Norwegian newspaper, that he delivered on March 22, 2008, in Oslo a speech on the alleged involvement of Jews in planning the 9/11 Twin Towers bombings in New York. The speech’s title was:”Therefore I Hate Jews and Gays,” the paper reported, though Chishti said he was not the one who came up with the title.

“There were several thousand Jews away from work in the World Trade Center, and why there were more Jews in Mumbai when Pakistani terrorists attacked than usual?” he said then, repeating the conspiracy theory that Jews knew in advance of the attack that killed thousands. “Jews are a small group, but everyone knows that they have a lot of power,” he said.

In Saturday interviews, he retracted his words. In an interview with the daily Norwegian newspaper Dagbladet, he said they were “anti-Semitic” and “unacceptable.”

“I was angry,” he told Verdens Gang. “I have since changed my views.” But he also said he “dislikes” people who support “an occupying force that has been condemned in several United Nations resolutions.”

“I think it is important to distinguish between being critical of Israel and anti-Semitism,” he also told Verdens Gang.

Eric Argaman, a pro-Israel activist and member of Norway’s Jewish community, said Chishti’s involvement “stained the event, which now feels more like a spin, on our backs, than a gesture of good will.”