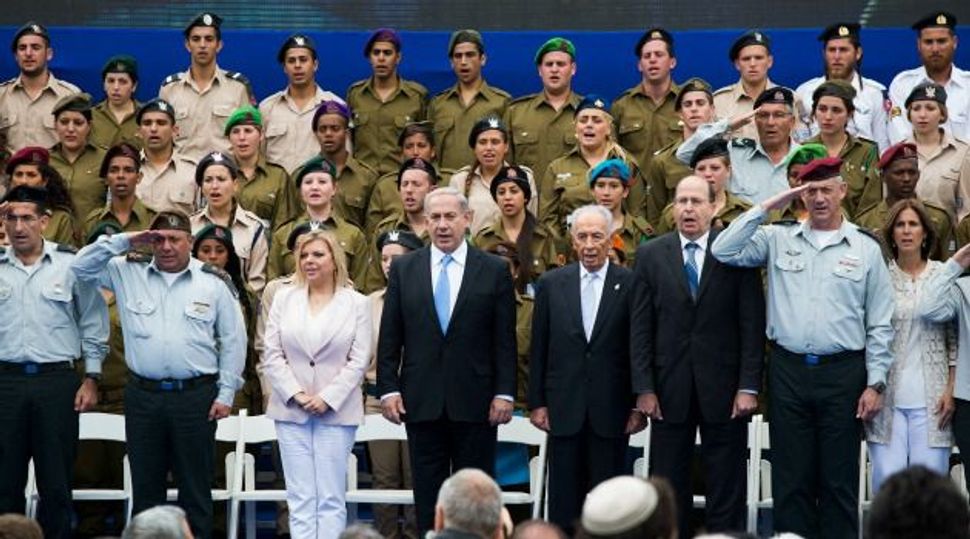 Rabbi Shlomo Cohen, head of the Council of Torah Sages of the Shas Party, made the comments Sunday at a party convention, the Israeli news website Walla reported. Walla also put a recording of the statement on its website.

Cohen told the convention that in 1955, at the ceremony appointing Yitzhak Nissim as Sephardic chief rabbi of Israel, those gathered stood up and began singing Hatikvah. Cohen said he did not stand for the anthem, but that his popular predecessor, Rabbi Ovadia Yosef did. Cohen said he asked Yosef why he stood and that Yosef replied that he said the Aleinu, a Jewish prayer recited while standing.

“A real man. Why did he say Aleinu? He didn’t want this stupid song to influence him,” Cohen said.

Cohen has served on the Council of Torah Sages since the founding of the Shas Party in 1984.

In response to the airing of the video clip, the Shas Party said: “No one will teach the wise man Shalom Cohen, who grew up all his days in Jerusalem, what Zionism is and what his relationship is to the Land of Israel. It is his right and duty to think that the sources of the Torah in Israel are 10 times more important than a poem composed only in the last decades.”

Shmira Imber, daughter of Naftali Herz Imber, the composer of “Hatikvah,” also responded to Cohen’s remarks in an interview with Walla.

“It is stupid to say that,” she said. “I am sorry that the spiritual leader of Shas does not walk in the way of Rav Ovadia, his teacher and rabbi.