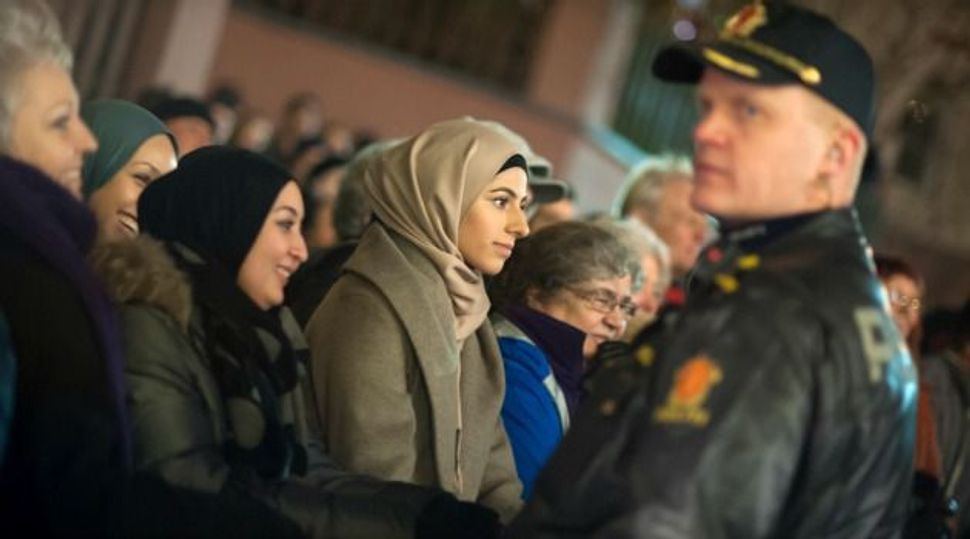 Copenhagen police denied a request by Danish Muslims to create a peace ring around a city synagogue that came under a deadly attack.

Police cited security concerns for rejecting the request by organizers, according to Danish media reports.

“We have chosen to say no because of a specific security assessment of the situation we have here right now,” Copenhagen police spokesman Mads Jensen told a Danish television station.

The Copenhagen organizers were hoping to duplicate a similar initiative that took place on Saturday night in Oslo, where reports said that more than 1,000 people, including many Muslims, formed a human chain around a synagogue in a show of support for Jews.

Niddal El-Jabri told the public broadcaster Denmark Radio that he would continue to discuss with police the possibility of holding a peace vigil at a later time.

“It is a really good initiative,” Dan Rosenberg Asmussen, the head of the Danish Jewish community, told DR, according to The Local.dk. “I think it is touching and beautiful.”

On Feb. 14, outside the central Copenhagen synagogue, a volunteer security guard, Dan Uzan, was shot and killed by a lone Islamist gunman who hours earlier had killed one in a shooting at a free speech event at a cultural center in the Danish capital.