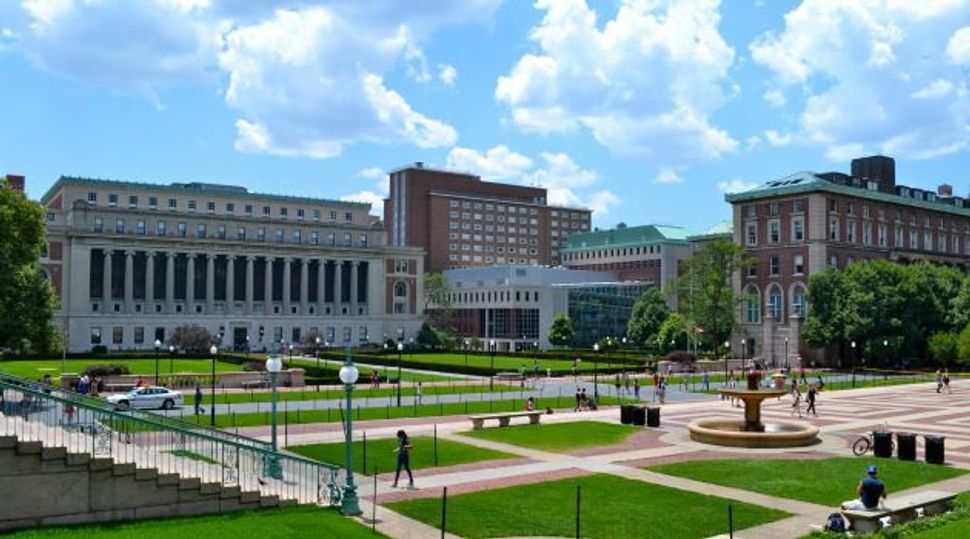 Ivy League schools Columbia and Cornell were among the American college campuses with the “worst anti-Semitic activity” in 2014, according to a list prepared by a conservative think tank.

The David Horowitz Freedom Center based in Southern California launched a campaign to combat the “rapidly growing anti-Semitism” on U.S. campuses with its list of the 10 having the most anti-Semitic activity last year.

The campaign, titled “Jew Hatred on Campus,” will aim to “withdraw campus privileges” of student groups that the center says “support or are associated with known terrorist organizations such as Hamas and Hezbollah,” according to a statement issued Sunday by the center.

Three California schools — San Diego State, San Francisco State and UCLA — were included on the center’s list. The others are George Mason, Loyola of Chicago, Portland State, Temple and Vassar.

In response to the list, Brian Cohen, executive director of Columbia Barnard’s Kraft Center for Jewish Life, said, “I think the reality on the ground is very different than what is represented on the list. If you go to any college campus anywhere, in the United States or Israel, you will come across voices represented that you disagree with.”

Cohen added that “Jewish life on this campus has never been stronger.”

On Monday, a study released by the Louis D. Brandeis Center and Trinity College found that over half of American college students have witnessed or experienced an anti-Semitic incident.

The David Horowitz Freedom Center, formerly called the Center for the Study of Popular Culture, was established in 1988 by the political activist.

In 2011, Horowitz was criticized by pro-Israel and pro-Palestinian groups at the University of California, Santa Barbara, for presenting a speech on campus titled “Infantile Disorders at UCSB: Why the Muslim Students Association is Afraid of David Horowitz.”