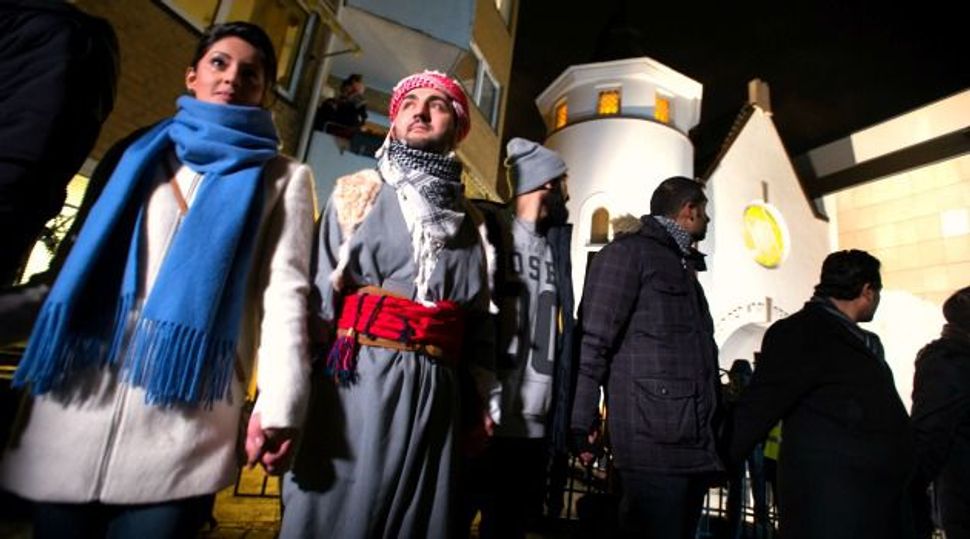 Be Like Oslo: Danish Muslims plan to create a ‘peace ring’ like this one around a Norwegian synagogue. Image by Ryan Rodrick Beiler

Danish Muslims can create a peace ring around a Copenhagen synagogue that came under a deadly attack, the city’s police said after originally refusing the request.

The peace ring is scheduled to take place on Saturday at the central Copenhagen shul, or Krystalgade Synagogue.

On Feb. 14, a volunteer Jewish security guard, Dan Uzan, was shot and killed there by a lone Islamist gunman who hours earlier had killed one in a shooting at a free speech event at a cultural center in the Danish capital.

Police had cited security concerns for rejecting the original request, which was made a week after the shootings.

The Copenhagen organizers are planning to duplicate a similar initiative that took place last month in Oslo, where reports said that more than 1,000 people, including many Muslims, formed a human chain around a synagogue in a show of support for Jews.

A separate Danish Muslim group held a peace vigil in Copenhagen’s City Hall Square on Feb. 27 that was attended by an estimated 300 people, the local.dk news website reported.