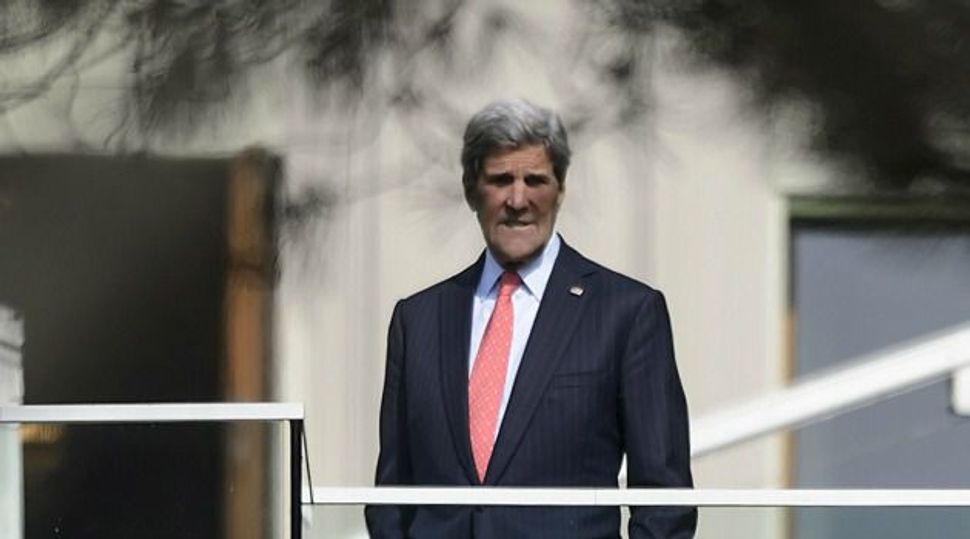 Efforts to reach a political agreement on Iran’s nuclear program by the end of the month intensified on Tuesday as negotiations between the United States and Iran resumed, and Western officials warned that tough issues remained unresolved.

The U.S. and Iranian delegations led by U.S. Secretary of State John Kerry and Iranian Foreign Minister Mohammad Javad Zarif began another round of talks in the Swiss city of Lausanne after the Iranians returned overnight from Brussels where they had met European foreign ministers.

Senior European officials were expected in Lausanne later on Tuesday, with foreign ministers possibly joining them at the end of the week if talks advance.

A Western diplomat said “we’re still not there yet” on reaching an end-March deadline for a framework agreement between Iran and six major powers – the United States, Britain, France, Germany, Russia and China.

“We’ll see what happens the rest of the week but for now we’re not there,” a senior Western diplomat said. “The Americans had the same feeling in Lausanne.”

A senior U.S. official, speaking after several hours of talks on Monday, said Iran had “tough” choices to make.

“We are trying to get there but quite frankly we still do not know if we will be able to,” the official told reporters on Monday. “Iran still has to make some very tough and necessary choices to address the significant concerns that remain about its nuclear program.”

The U.S. official said the sides would work through the end of the month if needed to secure a deal.

Speaking to reporters in Brussels late on Monday, French Foreign Minister Laurent Fabius said progress had been made but “important points” were unresolved. German Foreign Minister Frank-Walter Steinmeier said a deal could not be struck “at any price.”

With the Iranian new year holiday of Norouz approaching this weekend, officials close to the talks say it will be difficult to complete a political agreement this week. If it is not possible by the weekend, the talks could reconvene in the final days of March.

Zarif said all sides needed to keep talking this week to see what could be achieved.

“On some issues we are closer to a solution and based on this we can say solutions are within reach. At the same time, we are apart on some issues,” he told the Iranian news agency IRNA.

The six world powers are trying to reach a political framework agreement with Iran by the end of the month that would curb Tehran’s most sensitive nuclear activities for at least 10 years in exchange for the gradual easing of some sanctions.

The parties have set a June 30 deadline to finalize all the technical details of an accord. Western officials say privately that overcoming disagreements on some of the remaining sticking points would be very difficult.

Sticking points include the level of Iran’s enrichment activities and how sanctions would be lifted.

He said Iran was ready to increase oil exports by up to 1 million bpd when sanctions are lifted and this would not have an impact on crude oil prices.

U.S. and EU sanctions that came into force in 2012 prohibit the import, purchase and transport of Iranian petroleum products, crippling the major oil exporter’s economy.

A senior Iranian official doubted whether a deal would be reached this week as there were gaps on some important issues, although the atmosphere at the talks was good.

A European diplomatic source, however, said substantial gaps remained and it was not clear they could be resolved in the coming days. “The talks were lengthy and in-depth, but they did not enable us to narrow our differences,” the source said after Zarif met his French, German and British counterparts.

The West suspects Tehran of wanting to create an atomic weapons capability. Tehran denies that and says its research is for purely peaceful purposes.