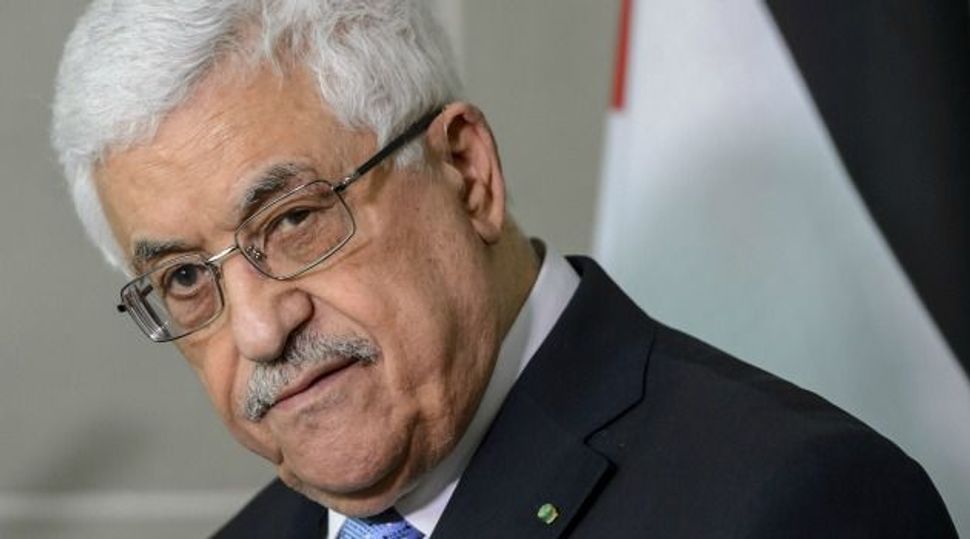 Palestinian Authority President Mahmoud Abbas said he will talk to any Israeli government that accepts a two-state solution as the basis for negotiations.

“It doesn’t matter to us who the next prime minister of Israel is, what we expect from this government is to recognize the two-state solution,” Abbas spokesman Nabil Abu Rudeina said Wednesday in a statement, the French news agency AFP reported, in the aftermath of Israel’s national elections the day before.

Without a commitment to a Palestinian state, any future peace negotiations have “no chance,” the statement also said.

Less than a day before Israelis went to the polls, Prime Minister Benjamin Netanyahu said that a Palestinian state would not be established under his watch.

“At a time when we are gravely concerned about a culture of hate which brings with it unprecedented levels of incitement against the 1.6 million Palestinian citizens of Israel, the results of the Israeli elections show the success of a campaign platform based on settlements, racism, apartheid and the denial of the fundamental human rights of the Palestinian people,” he said in a statement released Wednesday by the Palestine Liberation Organization.

The phrase “Palestinian citizens of Israel” refers to Arab-Israelis, who are full citizens and live throughout the country.

Erekat blamed the result on the international community, which he said has not “held Israel to account for its systematic violations of international law.”

European Union foreign policy chief Federica Mogherini on Wednesday said that the EU “is committed to working with the incoming Israeli government on a mutually beneficial relationship as well as on the relaunch of the peace process.”

Mogherini congratulated Netanyahu for garnering the most seats in the new Knesset.

Iran’s Foreign Ministry spokeswoman told reporters in Tehran that the results of the elections were not important, since “for us there is no difference between the Zionist regime’s political parties. They are all aggressors in nature,” Reuters reported, citing the semi-official Mehr News Agency.