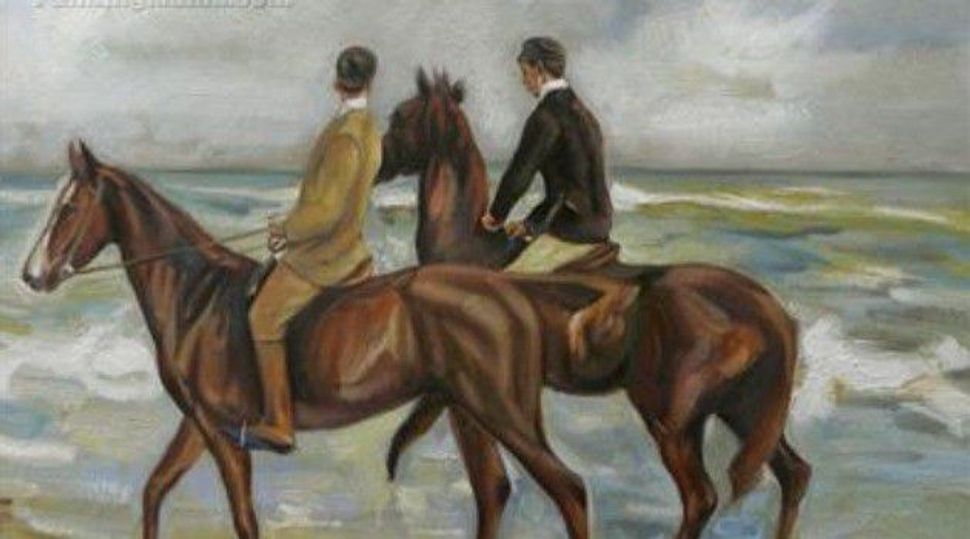 Germany agreed to return a Nazi-looted painting to the heirs of its Jewish owner.

Germany signed a restitution agreement for the painting “Two Riders on the Beach,” by Max Liebermann.

The painting was discovered among hundreds of artworks in the apartment of the late German art collector Cornelius Gurlitt.

The painting’s provenance was traced back to Jewish businessman David Friedmann, who prior to World War II kept a valuable art collection in his home in Breslau.

Some 1,400 works were confiscated from Gurlitt’s Munich home in 2012 in the course of an investigation for tax evasion. Other works were subsequently found in Gurlitt’s second home in Salzburg, Austria.

Gurlitt’s father, Hildebrand, was an art dealer on assignment to the Nazis. When Hildebrand Gurlitt died in 1956, his son inherited the collection, which includes works by Picasso, Durer, Renoir, Toulouse-Lautrec, Beckmann and Matisse.

In April, Gurlitt signed an agreement with the state of Bavaria and the German federal government in which the provenance of all works would be researched, paving the way for the return of the paintings to the heirs of the rightful owners.

The work of the task force in searching for possible rightful owners continued after Gurlitt’s death in May.

It is reportedly the first restitution agreement to be signed for a piece from Gurlitt’s collection, according to the Associated Press. It must first be approved by a Munich court.