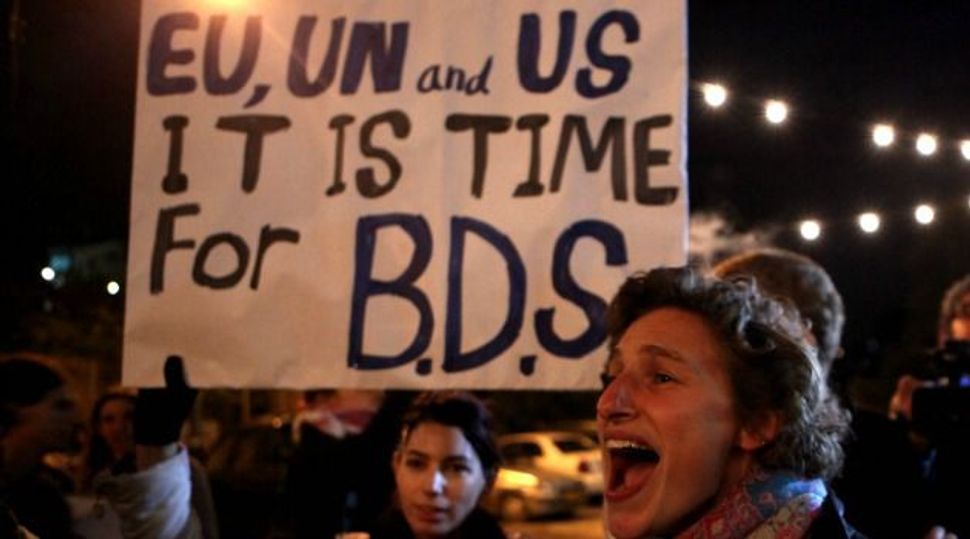 A pro-BDS demonstration in Jerusalem in 2009. Image by Getty Images

Under the Boycott Our Enemies, Not Israel Act introduced Wednesday by Reps. Doug Lamborn of Colorado and Ron DeSantis of Florida, prospective contractors with the U.S. government would be required to certify that they are not participating in any boycotts against Israel. The bill also includes penalties for false certification, including permanently banning a company from doing business with the government.

“Our government business practices should not play any role in harming our greatest ally in the Middle East,” Lamborn said in a statement, adding that the bill was introduced to “thwart efforts by Palestinian organizations to pressure different corporations, companies and educational institutions to boycott, divest, and sanction Israel.”

“The BDS movement represents a disgraceful attempt to single out Israel for punitive treatment,” he said.