White Supremacist To Be Arraigned For Jewish Kansas City Shooting 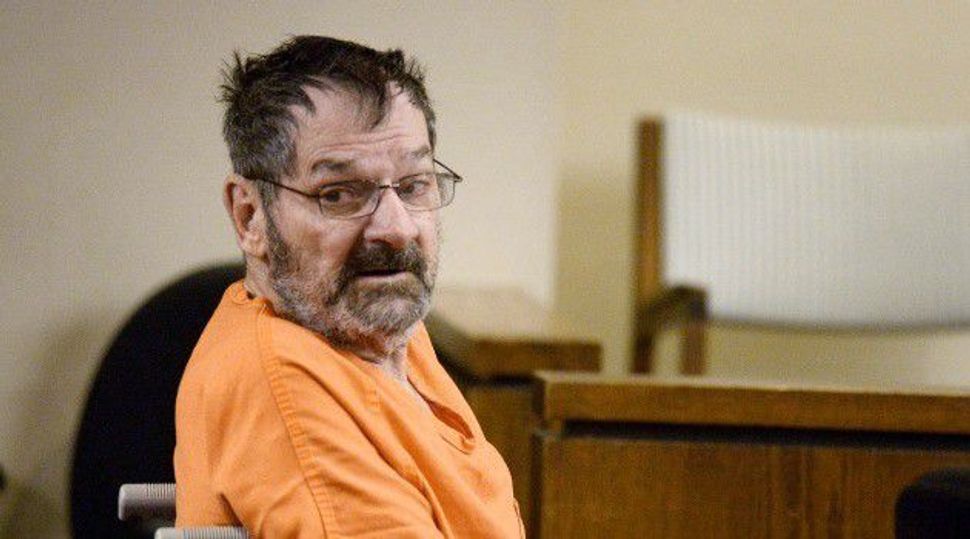 A Missouri white supremacist is scheduled to be arraigned on Friday afternoon on charges that he fatally shot three people outside two Jewish centers in a Kansas City suburb last April.

Cross, a former senior member of the Ku Klux Klan who had expressed a hatred for Jews, could face the death penalty if convicted on the capital murder charges.

Cross is charged with killing Reat Underwood, 14, and his grandfather William Corporon, 69, outside the Jewish Community Center of Greater Kansas City, and Terri LaManno, 53, outside the nearby Village Shalom Jewish retirement home.

Cross is also charged with attempted murder for allegedly shooting at three other people outside the two facilities.

He has appeared in court hearings using a wheelchair and oxygen tank. Cross had no verbal reaction in early March when Ryan ordered him to stand trial, but he made derogatory remarks about Jewish people as he left the courtroom.

White Supremacist To Be Arraigned For Jewish Kansas City Shooting