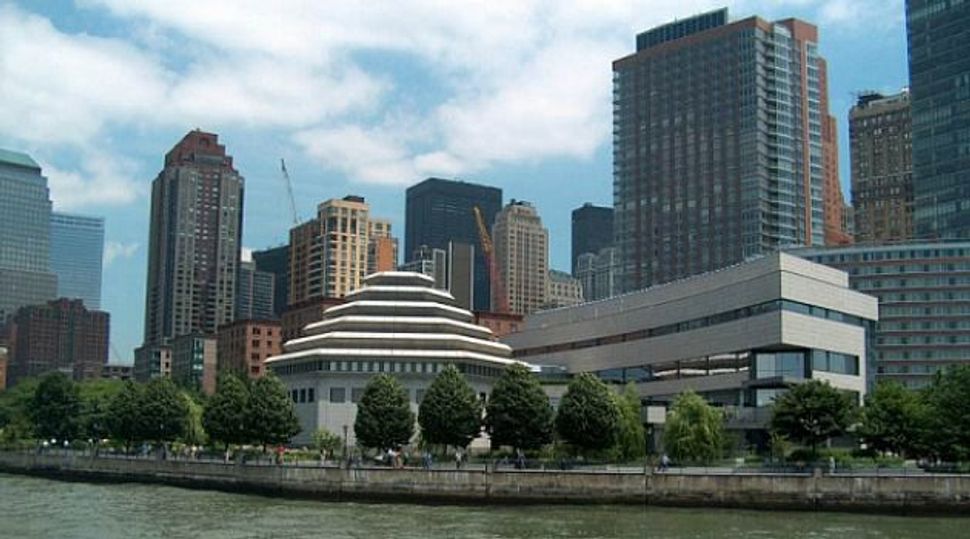 Two New York Jewish cultural organizations are expected to sign a partnership agreement that could lead to a merger.

The memorandum of understanding between The Museum of Jewish Heritage-A Living Memorial to the Holocaust and the National Yiddish Theater-Folksbiene is to be announced Tuesday night and, if all goes well, will ultimately lead to a full merger, several media outlets reported.

Founded in 1997, the museum in recent years has struggled to attract large numbers of visitors, despite its location in Battery Park City near other tourist sites like the ferries to the Statue of Liberty and Ellis Island.

The Folksbiene, founded in 1915, has an audience of about 30,000 patrons each year, but lacks a permanent performance venue. Under the partnership agreement, it will be able to use the museum’s 375-seat auditorium for approximately 16 weeks each year.

Under the agreement, the two institutions will work together on programming but maintain separate boards and budgets.