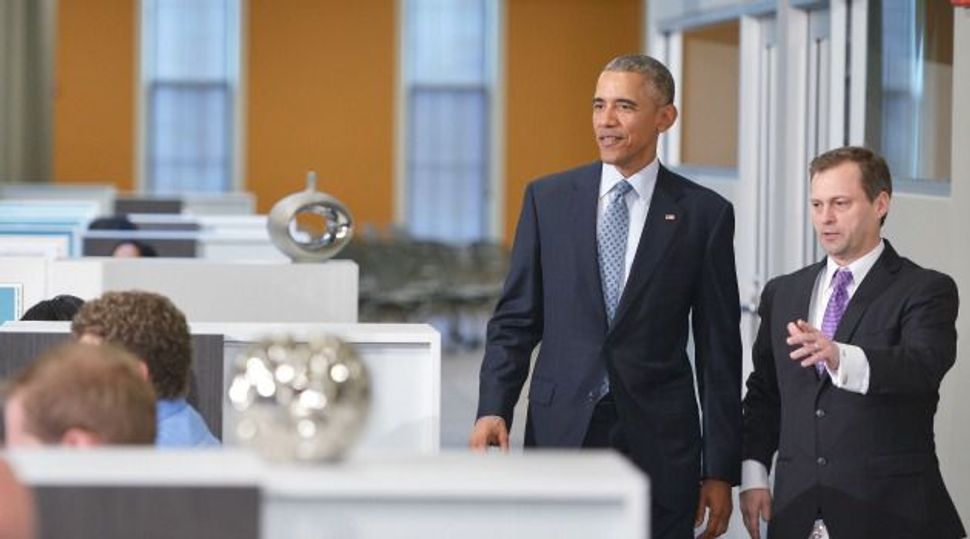 (Reuters) — President Barack Obama assured Americans on Saturday that a newly negotiated framework for a nuclear pact with Iran was a “good deal” as he sought public support for a diplomatic breakthrough that many in Congress oppose.

A day after placing calls to top U.S. lawmakers to urge support for the agreement, Obama pressed his case that the deal would ensure Washington’s longtime foe would not be able to build a nuclear weapon.

“It’s a good deal, a deal that meets our core objectives, including strict limitations on Iran’s program and cutting off every pathway that Iran could take to develop a nuclear weapon,” Obama said in his weekly radio and Internet address, broadcast on Saturday.

“This deal denies Iran the plutonium necessary to build a bomb. It shuts down Iran’s path to a bomb using enriched uranium,” he said.

The White House hopes support from the U.S. public for its negotiating efforts will help sway skeptical lawmakers. The president and administration officials will be engaged in a difficult sales pitch in the coming weeks and months.

In his address, the president noted that the deal would commit Iran to inspections and transparency for many years.

“This is a long-term deal, with strict limits on Iran’s program for more than a decade and unprecedented transparency measures that will last for 20 years or more,” he said.

The framework, which was agreed on Thursday after eight days of talks between Iran and six world powers in Switzerland, clears the way for a final agreement to allay Western fears that Iran could build an atomic bomb. It would include lifting economic sanctions on Tehran in return.

Negotiators will seek to seal a final deal by the end of June. Obama noted that it could still come apart.

“Success is not guaranteed,” he said. “But today we have an historic opportunity to prevent the spread of nuclear weapons in Iran, and to do so peacefully, with the international community firmly behind us.”

Obama called the four top leaders in the U.S. House of Representatives and the U.S. Senate Friday to discuss the deal.

“We feel good,” White House spokesman Eric Schultz said. “There’s a lot of work to be done, but we are confident we can get those details in place.”

The president also placed calls to the leaders of Bahrain, Kuwait, Qatar, and the United Arab Emirates.

“He highlighted that nothing is agreed until everything is agreed,” the White House said in a statement. “He also reiterated the United States’ enduring commitment to work with partners to address Iran’s destabilizing activities in the region.”

The White House also sought to soothe concerns in Israel about the deal. Prime Minister Benjamin Netanyahu on Friday said it demanded that any final agreement with Iran acknowledge his state’s right to exist.

Asked about that demand, Schultz said he had not seen the specific request but was aware of Israel’s ongoing concerns.

“We understand his position,” Schultz told reporters aboard Air Force One. “The president would never sign onto a deal that he felt was a threat to the state of Israel.”

Meanwhile, Iranian President Hassan Rouhani, in a televised speech, on Friday hailed the framework as “a first step towards productive interactions with the world.”

Schultz, asked about Rouhani’s comments, said he understood Tehran’s need to sell the deal to Iranians but that the United States sees the deal as one focused on Iran’s nuclear program.

“The concerns we have with Iran outside of the nuclear program remain just as vibrant … yesterday as they are today.”