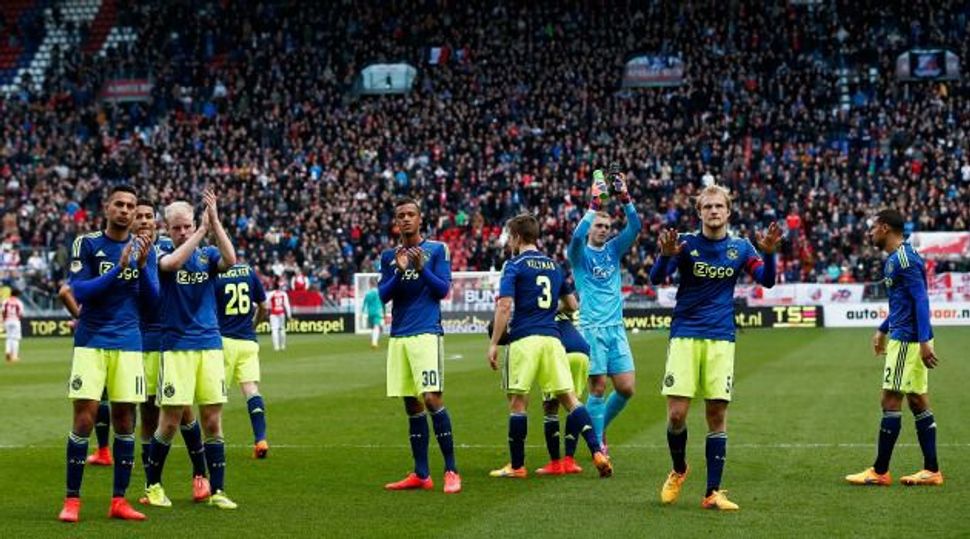 A Dutch soccer club is working to identify fans who chanted anti-Semitic slogans about the Holocaust during a match with a rival team from Amsterdam.

The chants were documented on Sunday at Galgenwaard Stadium in Utrecht, a city situated 40 miles southeast of the Dutch capital Amsterdam, during an honor division match between Amsterdam’s Ajax team and FC Utrecht, the De Telegraaf daily reported.

Utrecht supporters chanted the slogans to insult rival fans, whom they often call “Jews” because of the historical Jewish presence in Amsterdam, which is sometimes colloquially called “Mokum” after the Yiddish word for “place.”

During the match, dozens could be seen and heard chanting: “My father was in the commandos, my mother was in the SS, together they burned Jews cause Jews burn the best” and “Hamas, Hamas, Jews to the gas.” The chanting went on for several minutes, according to The Post Online news website.

“When will Ajax players walk off the field? Take action against anti-Semitism,” wrote Naftaniel, who is the executive vice chairperson of CEJI, a Brussels-based Jewish organization promoting tolerance through education.

The song about the SS was authored by hardcore FC Utrecht fans who are known as the Bunnikside, the daily newspaper Het Parool reported.

FC Utrecht said in a statement it is investigating suspected chanters and vowed to punish those identified.