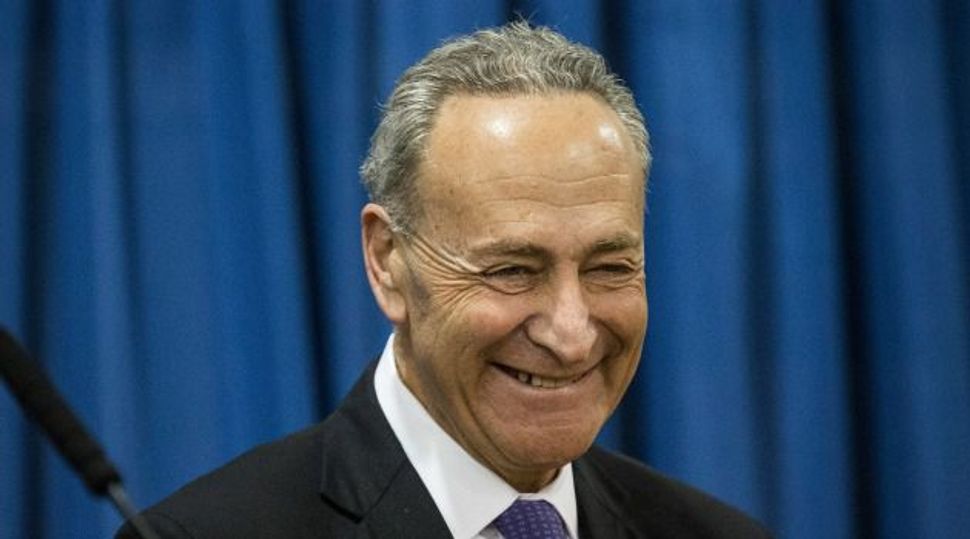 Sen. Chuck Schumer is backing a proposal that would allow Congress to approve or reject any deal signed with Iran on curbing its nuclear program.

In backing the legislation introduced by the Senate Foreign Relations Committee chairman, Sen. Bob Corker (R-Tenn.), Schumer (D-N.Y.) is bucking President Barack Obama, a fellow Democrat, who is trying to shore up support for the framework agreement signed last week by Iran, the United States and five other world powers.

Schumer signed on to the bill calling for a congressional review of the Iran deal two weeks ago, Politico reported.

Retiring Sen. Harry Reid (D-Nev.) endorsed Schumer to replace him as minority leader when Reid leaves at the end of next year. Other Democrats are likely to line up behind Schumer on the Corker legislation, in addition to the dozen that have already offered their support, which could allow backers to present a veto-proof majority for the legislation.

The bill would give Congress 60 days to review the Iran framework agreement by freezing sanctions relief for that time and allowing lawmakers the ability to formally disapprove or approve of the legislation.

“This is a very serious issue that deserves careful consideration, and I expect to have a classified briefing in the near future,” Schumer, who is Jewish, said in an emailed statement to Politico, the website reported on Monday evening. “I strongly believe Congress should have the right to disapprove any agreement and I support the Corker bill which would allow that to occur.”